I had my final call with the mentor and it went REALLY well. There are still things I need to work on, but I feel I’ve come a LONG, LONG  way. I’m sad to see her go but am ready to bust things out.

Based on her feedback, I made some tweaks to the first chapter. Wait, I’ve got to stop for a second. Did you hear that? I said tweaks. Not a rewrite. Tweaks. Tweaks.

There are still places where I need to be clear about what the main character is thinking. I try to convey a lot through action but sometimes you have to call a spade a spade. Or something like that. But, overall, I’m fairly happy with the way things are taking shape.

I’m finishing up revisions this week and will then have my second draft! That means I’m ready for the “group of 5” to read it.

I’m nervous but SOO ready. Even if I get mountains of feedback, I’m ready to push forward.

Regarding my smaller, fun writing projects, I haven’t made a lot of progress. I was busy with edits, 4th of July, the singing video, etc… But I’m planning on doing run-throughs tonight.

I posted my singing video! Yeah! In case you missed it, you can view it here.

I think it turned out really great, especially for an amateur, first attempt.

Not a ton of people have seen it, but all the feedback I received was amazingly positive. And I heard from a couple friends I haven’t talked with in years, so that was nice.

Because of the ‘success’, I think I’m gonna do a second video. It will likely be in the same style as the first, but a different song. I’ve already picked it out but want to make sure it’s going to be fun and watchable. We shall see!

Anyway, we started off the day by going to the local parade. It’s nothing huge or special, but it’s cozy. Yeah, that’s a good word. It’s crowded but there’s still plenty of room to watch. And, instead of big floats and stuff, most of the entrants are fire trucks and classic cars and motorcycles smothered in flags: 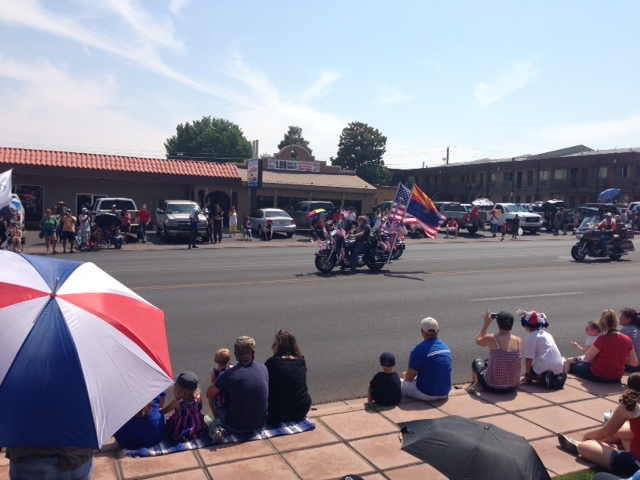 At one point in the parade, the local thrift shop throws out tons of donated stuff animals. It’s a really great idea. Instead of candy, they toss slightly used spotted dogs and floppy piggies to all the kids.

Yep, that’s right. Windy really wanted a stuffed animal for the dogs, so when they passed by, she practically pushed me out into the street.

“Pleeease get me a stuffed animal!”

I thought it was no big deal and moseyed on out. But when I looked around, I was the ONLY grown up standing there. Seriously, the only grownup among about twenty kids. I didn’t know what to do so I just froze in the street and waited for the little kids to grab all the animals.

Finally, I looked around and there was nothing left but a little janky stuffed pillow lying in the road. I figured no one wanted it so I went and picked it up. When I turned around, a tiny girl was right behind me. I think she was running to it. I was embarrassed and tried to hand it to her, but she got scared and ran back to her mom.

So, basically, I’m the biggest douche in the universe. All for this: 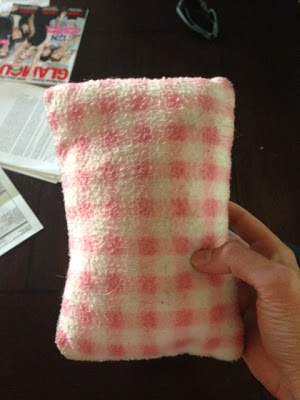 But I have to admit: the dogs do love it. It’s like my own personal blood diamond. You know what? I’ve never even seen the movie so I have no idea if that metaphor even works. LOL!

That night, we went out to the local marina. It was really cool! There’s an amazing restaurant that floats on the water. It has great food and serves the strongest drink in the universe: the sotally tober. I only had 2 but they were enough. I’m a lightweight anyway. 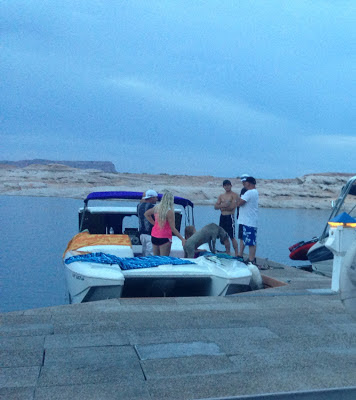 What is she doing???

When it grew dark, we headed around to the other side of the marina and sat in an empty boat slip. We soaked our feet in the lake and talked about all kinds of random stuff, like awful books and fish (they were almost attacking our feet!). Then the fireworks started. It turns out, we picked the PERFECT location. The marina was setting them off from a hill right across from us. After a few minutes, the boat next to us (you can see it in the following pic) started playing patriotic music. We all sat back and just watched. It was really nice: 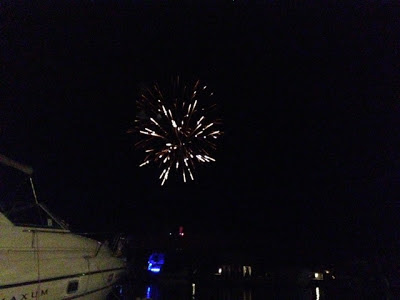 So I wanted to talk a bit about the singing video and expectations. I admit that, when I uploaded it, I was like “everyone is going to comment on this and like it and share it!” I set a goal of 1,000 views on YouTube.

As is evident, the results are woefully short of my expectations. And I was a bit down. Don’t get me wrong, I was thrilled that people liked it. But I guess I had it in my head that people I barely talk to would get all into it. But it just wasn’t the case. I can’t blame the people. I would be the same way.

So I had to start looking at it realistically. I’m not super active on Facebook. I’ve never been active on YouTube. And this was my first EVER video.

I think it all comes down to the concept of growing that I’ve mentioned several times. I wanted my first attempt to take off. But, while I think the video is good, I’ve got a long way to go. The same will be true of my book so I have to take the good with the bad.

With that in mind, I started looking at popular videos. There’s a guy who did a “Disney Happily Ever After” video that inspired mine (with the four parts together). His video got hundreds of thousands of views so I immediately went to his page. It turns out that he has TONS of videos up. And it took him many tries to get popular.

That was actually very inspiring.

And isn’t it so much more rewarding to work hard to make it rather than just tripping and lucking into it?