Now that Halloween is upon us, I figured a couple of posts about scary things would be appropriate.

I’m the person who’s TERRIFIED of scary movies. No matter who is around, I have to squeeze arms and legs with one hand while covering my eyes with the other. I’m sure I’ve annoyed (bruised) people with my frantic gripping.

Now, while the list of movies that scares me is a mile long (including the likes of Poltergeist, The Neverending Story, A Veggie Tales Halloween, and Grover Plants a Tree), here are the top four that really messed with my head: 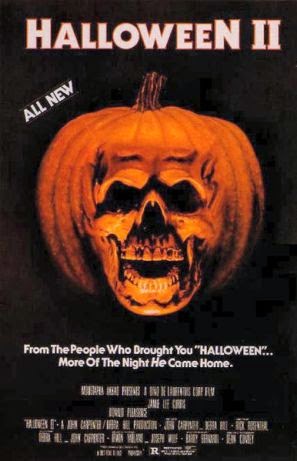 OK, before you leave this page thinking, “Halloween 2 was stupid and Cody is stupid,” hear me out on this one.

In the words of Ma from Golden Girls:

Picture it. Pampa, Texas. I was five years old.

My parents decided to attend a Halloween party, leaving me with my godmother. She was an awesome lady and I was super excited to spend some time with her.

She assured my parents I was in good hands, telling them we were just gonna watch a Halloween movie. My parents didn’t probe and assumed that, because she was my godmother, she wouldn’t plant a 5-year-old in front of an R-rated movie.

Can you see what’s coming?

The second my parents left, my godmother said, “Are you ready for Halloween 2?”

I bounced up and down, saying, “Yes!!” thinking it was a Casper the Ghost cartoon.

Plopping down on the floor, I scooted right in front of the TV as she popped in the movie and hit “Play”.

Within about ten seconds, I realized I wasn’t watching Casper the Ghost.

By the end of the movie, I hadn’t just scooted back from the TV. No, I was in the bathroom peeking down a hallway and across the living at the TV.

It was the first horror movie I’d ever seen and it destroyed me. For years, I pictured Michael Myers turning the corner into my bedroom.

Why it’s not #1
Let’s face it: Halloween 2 is pretty awful. I forced myself to conquer my old fear and watched it as an adult. Wow. I don’t remember a single scene. That’s how bad it was. 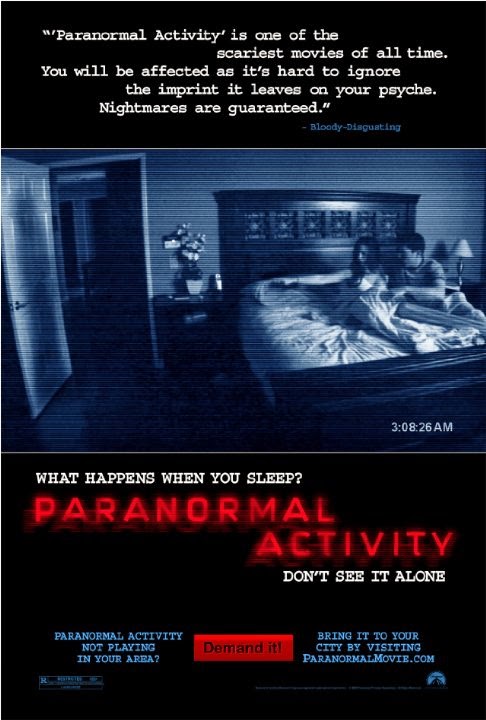 As I got older, movies featuring killers and psychopaths failed to scare me. Sure, they were suspenseful, but I didn’t get that crap-your-pants fear. What really started getting to me were paranormal movies.

Unlike Halloween 2, I was prepared for Paranormal Activity. I’d heard it was scary and brought friends to grab and my coat was unzipped and ready to shield my eyes.

I still wasn’t prepared for this movie.

The extremely subtle fears and normalcy of the environment made Paranormal Activity so incredibly realistic. When the footprints appeared in the powder, I filled my diaper.

The possessed woman looked up at the camera and lunged at it.

SHE FREAKING BROKE THE FOURTH WALL!

Breaking the fourth wall is an acting terms that refers to a character addressing the audience. He/she basically pulls himself from his/her world and acknowledges there are people watching.

This isn’t always bad. Zach Morris did it all the time on Saved By the Bell. Amazing.

But Paranormal Activity isn’t Saved By The Bell. It’s a realistic horror movie. And the evil woman lunged at the audience. Somehow, she knew a whole theatre of people was watching her. Talk about a crappy way of getting a last-second scare. OH. MY. GOD. It ruined the authenticity of an otherwise amazing movie. 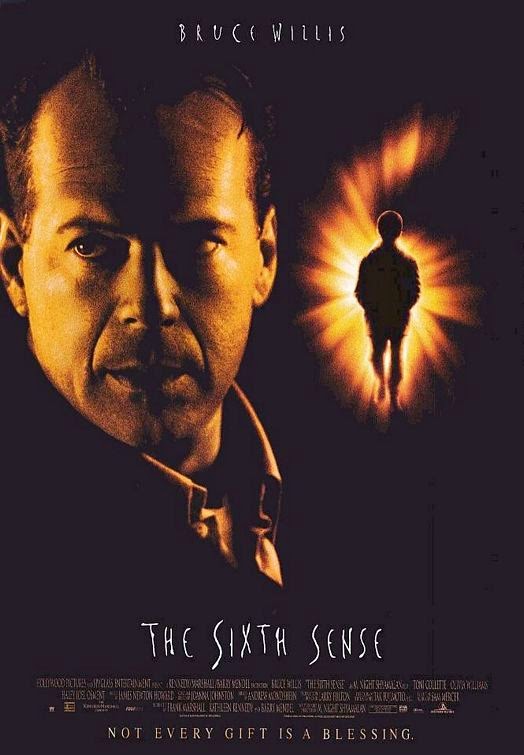 The Sixth Sense has the honor of not only being horrifying, it’s also my third favorite all-time movie.

It’s so well done. The Sixth Sense is heart-wrenching and beautiful and terrifying all at the same time. Few movies can invoke such a wide array of emotions.

And talk about scary. While the ghosts aren’t necessarily harmful, their realism is utterly jarring. And I don’t care if it’s the spirit of a Scottish Fold kitten – ghosts are scary no matter what!

After seeing The Sixth Sense, I refused to close my shower curtains for weeks. Why? I was terrified that I’d throw them open after a shower and see a dead person standing there. Yes, I chose to lay towels on the floor every night to soak up water instead of pulling the curtains shut.

Why it’s not #1
The movie isn’t just a horror movie. It’s a drama, and there are many scenes that don’t necessarily involve scares. Therefore, it didn’t scare me through the entire thing. 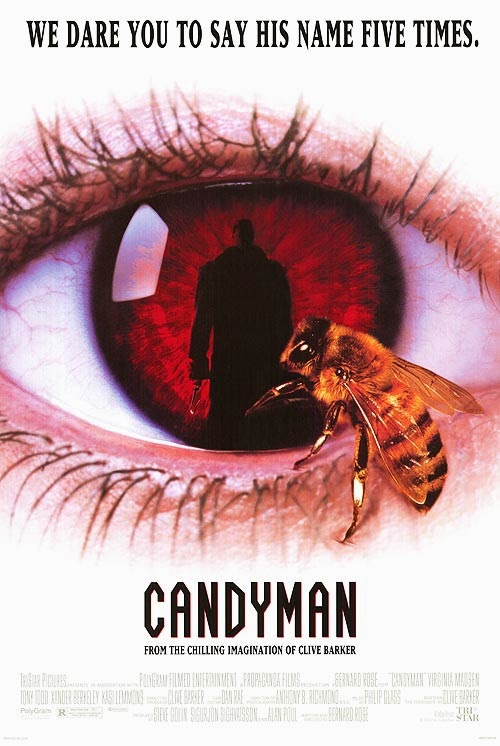 Wanna know how badly this movie scared me? I couldn’t bring myself to type his name more than once in this post. In fact, I actually typed “Candy” for the title and didn’t even realize it. My subconscious is still shaken by the movie and refused to type the full name.

On top of that, I was hesitant to download the movie poster image.

Like Halloween 2, I was NOT prepared for this movie. I watched it my freshman year of college. Alone. At night.

I thought it was going to be a cheesy slasher flick. Boy was I wrong. This movie is NOT cheesy in any way. It does have some “cheaper” scares, but the movie itself is not corny.

In fact, I still find the premise really fascinating: a woman explores the roots of an urban legend. And the origins of C****man absolutely made sense to me, making the movie even scarier.

After watching this movie, I couldn’t look in the mirror for weeks. Seriously. My hair was a total mess because I wouldn’t check it. And I probably had like 30 stalks of broccoli stuck in my teeth. Even when I went to a public bathroom, I’d skirt by the mirror with my head turned away.

3 Scariest Things About Finishing a Book