Writing (if you can call it that)

If anyone hasn’t heard, a woman is rewriting Harry Potter to get rid of all witchcraft. She’s a “devout” Christian who says, “I’m happy [my kids] are reading, but I don’t want them turning into witches.”

To get around the issue of her children morphing into witches, she’s penning Harry Potter and the Hogwarts School of Prayer and Miracle.

In the book, Hagrid shows up to recruit Harry, whose Aunt Petunia and Uncle Vernon are strict atheists.

In short, it’s the most ridiculous thing I’ve ever seen. The story is crazier than the McCarthy scandal, and full of the same amount of lies and attacks.

Now, you probably won’t be able to get through more than a few paragraphs without a case of explosive vomiting. To prevent an emptying of your stomach (or bowels) I’ve undertaken the chore for you and read several chapters.

Here are the most insane takeaways.

1. The author claims she’s only making slight changes to the book.

In her opening, the author says, “Why not make some slight changes so these books are family friendly?”

Here’s the deal: she’s obviously trying to make her book come across as similar, so children who are force-fed this turd won’t feel so left out.

How similar is it to the original?

Let me just say it’s going to be really fun when these poor kids talk to their peers and say things like:

To crush the idea that Dumbledore is gay, the author mentions Dumbledore’s wife. And she does so immediately after introducing him. No leaving anything to speculation.

“I bet Hermione is so smart because she takes after her dad!”

Who is Hermione’s dad? It’s Dumbledore, of course! There can be absolutely ZERO suspicion he’s gay, so he needs a wife and family, stat!

When Harry meets Ron, Ron is praying at the foot of a statue. Harry is confused and talks to Dumbledore, who says that, while Ron is Christian, he shouldn’t worship false idols. What? Don’t you remember that scene from the original book?

Ron and his family are all Slytherins. This is the biggest heresy of them all.

2. The author repudiates the idea of atheism with a single comment.

First off, let me say I’m not proclaiming to be atheist or spiritual. I’m Switzerland in this case. But when Hagrid and Petunia engage in a debate about Creationism vs Evolution, I expected a few semi-intelligent statements from both sides before Hagrid won. That way, the author doesn’t come across as a total idiot who has done absolutely no research.

Wellllllll, here’s how the debate of the century went down:

At that point, Harry’s eyes are opened and he realizes Hagrid is right and that Creationism and God are real.

Let me just say I was completely torn on my opinions about creationism and evolution before this debate. Now, it’s like the haze has been washed away and I’m seeing clearly for the first time in my life. Well done, author.

3. The author attacks Catholicism with zero facts. In fact, she attacks anyone with beliefs not EXACTLY like her own. And she lies about those other beliefs.

Instead of a magic sorting hat placing students into houses, each kid actually chooses his/her group. Gryffindor, Ravenclaw, Hufflepuff, and Slytherin still exist, only each house has different religious beliefs.

For example, Slytherins pray at statues and worship Mary.

Hmmmm, which sect of Christianity could this possibly be referring to? The author doesn’t specifically say Catholocism, but her oh-so subtle descriptions leave little to the imagination. Her attacks on the religion aren’t subtle, either.

Here’s the deal: Catholics don’t worship Mary or statues. Anyone who’s spent two minutes on Google knows this. The woman is so quick to judge (which, ironically, goes against a basic tenet of Christianity), she makes up lies about other religions (not just atheists).

Furthermore, Snape bashes the Slytherins, Ravenclaws, and Hufflepuffs. And Harry finds Snape’s “honesty” refreshing. In fact, the title of the chapter is “Refreshing Honesty.”

Apparently, it’s OK for Christians to attack each other and find it refreshing. Someone please tell me which church this woman attends so I can learn these amazing ways to treat one another. (BTW – in the opening chapter, Hagrid tells Harry that Christians are all about kindness).

4. The writing is god awful (pardon the pun)

Let’s let examples speak for themselves. Keep in mind Harry is an eleven-year-old boy.

“I don’t have a mommy or daddy,” Harry replied sadly; and looked at his raggedy, old shoes that were blue.

Harry exclaimed delightedly; and clasped his hands together. “This is joyous news!”

Ronald smiled deviously; and Harry remembered that he had just seen this boy praying to a statue; and he wondered why that would be; but he was new to this whole Christianity thing; and maybe that was okay.

“You mean the mommy of Our Lord?” Harry demanded in scandal; and he chewed his bacon.

5. The author is actually worried her children will become witches.

I think this sums it up nicely: 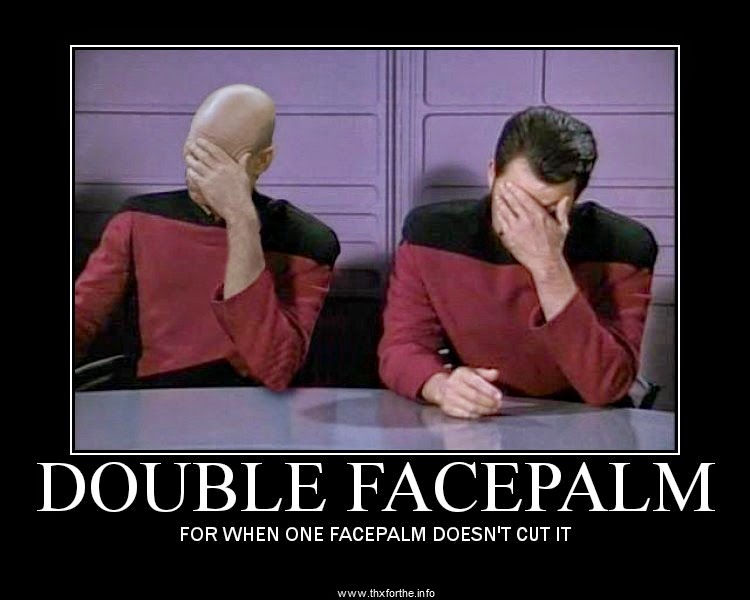