I recently read an article saying this past Saturday was the first without morning cartoons.

The news makes me nostalgicly sad. I have so many memories of hopping out of bed, grabbing my blanket, and racing to the den. I remember the upside of flipping on the TV just in time to catch my favorite show. And who doesn’t remember the downside of seeing an awesome show replaced by something lame (Hello Kitty’s Furry Tale Theater….)?

As a kid, Saturday mornings were weekly little Christmases, where cartoons awaited like gifts. Unwrapping each one took exactly twenty-two minutes. Twenty-two minutes of bliss.

I can’t help but wonder why they’ve gone away. Surely kids still like cartoons. Has the quality of television gone awry? Or has the on-demand aspect of NetFlix/Hulu given kids access to shows at any time, making Saturdays less special?

Either way, I can’t worry about it. What I can do, is take you on a stroll down memory lane, sharing my favorite Saturday morning cartoons (in no particular order of preference).

(NOTE: You might notice cartoons like Transformers, GI Joe, Batman, Animaniacs, and Thundercats missing from this list. In my hometown, these only showed on weekday afternoons, so they don’t count.) 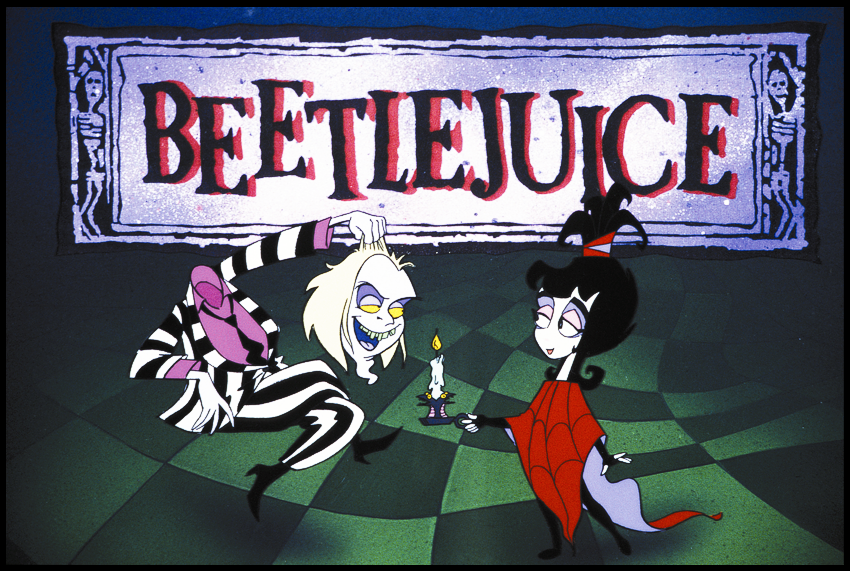 Beetlejuice! Beetlejuice! Beetlejuice!
Because of the overwhelming popularity of the movie, folks in charge decided to turn Beetlejuice into a cartoon.
Admittedly, true fans of the movie probably hated it.
The cartoon had nothing to do with the movie. In fact, the characters didn’t even have the same personalities. While Beetlejuice was evil in the movie, he portrayed the good guy in the cartoon. He’s Lydia’s best friend and confidante. Most episodes dealt with their adventures in “The Neitherworld”, a place Lydia never visited in the movie.
WHY IT WAS AWESOME
The Neitherworld was amazing, full of creatures you only saw around Halloween.  And Beetlejuice had a talking car named Doomie who could capture anyone’s heart. 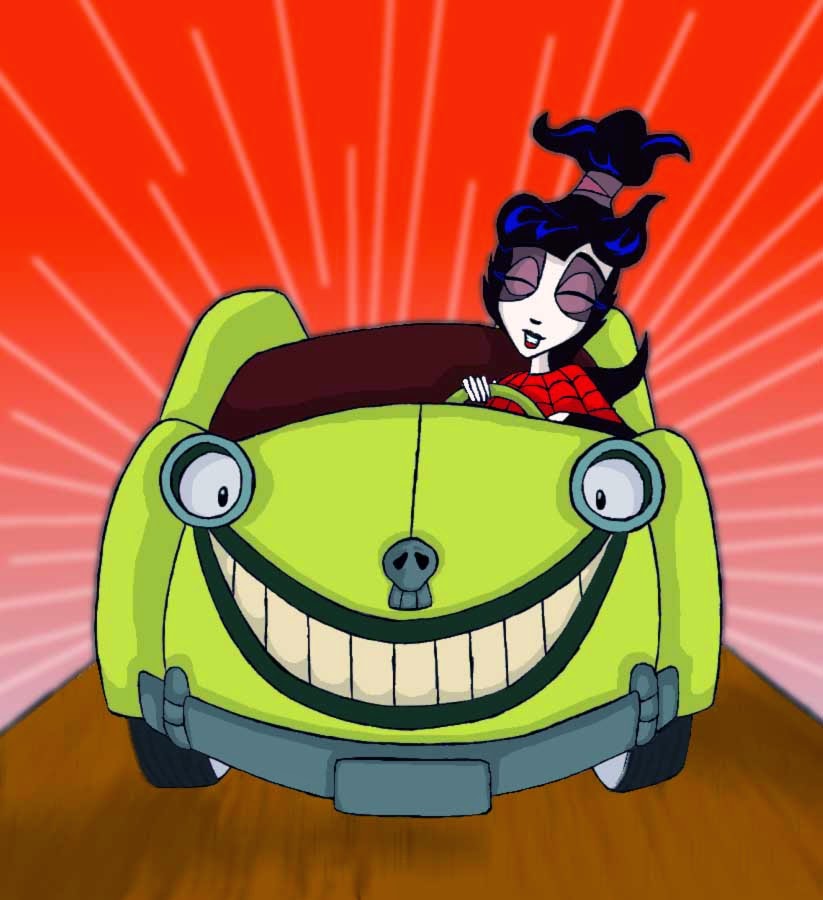 Also, the show was pretty racy. At least for waaaaaay oversheltered kids. Beetlejuice was the first cartoon where I heard the word “butt”. I remember my jaw dropping to the blue and black carpet. Panicked, I looked around to make sure Mom hadn’t heard, turned down the volume, and crawled closer to the TV.
P.S. I may have watched this show just to hear more cussing.
2. Dungeons and Dragons 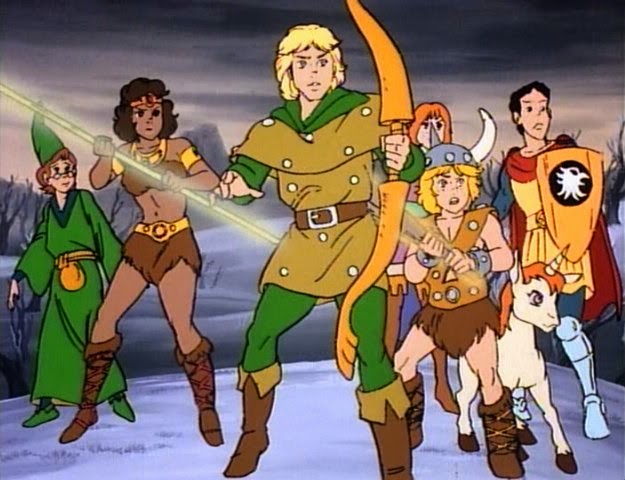 Imagine going to an amusement park. You’re in line to ride the hyped “Dungeons and Dragons” coaster. You climb into your seat, just like hundreds of other kids, and the ride begins. You’re swept through rooms filled with plastic dragons and wizards. Suddenly, the tracks begins shifting and you fall through a wormhole.
Just when you think you’re OK, a six-headed dragon attacks. A wizard appears, telling you you’re an archer. You look down to find a magic bow and arrow in your hand. Now, you’re stuck wandering the realm with your friends, trying to find a way home.
That was the premise of Dungeons and Dragons.
WHY IT WAS AWESOME
Unlike other shows where main characters were born superheroes, these were just normal kids who happened to be in the right place at the right time. That gave hope to all of us “regular” children. I was totally nerdy and awkward, but that didn’t mean I couldn’t get a magic hat and become a wizard. Yeah!
Also, the way the characters found “Dungeons and Dragons” could happen to anyone; pick the right roller coaster at the right time and you’re set. I tell you, every time the carnival came to Pampa, I scanned every ride, hoping to find that portal to another world.
SIDE STORY – This show caused much confusion for me as a kid. When people talked about playing Dungeons and Dragons (the role-playing game), I envisioned them dressing up as Hank, Eric, Diana, Presto, Sheila, Bobby and Uni. In my mind, playing Dungeons and Dragons meant riding a pretend roller coaster and getting sucked into another world.
When I saw the real game (complete with dice and stuff), talk about a let down. There was no roller coaster or baby unicorn or black girl dressed in an outfit that would make people today scream “racism!” I never played the real game because it looked boring compared to the TV show.
3. Garfield and Friends

Everyone knows Jon Davis wrote the Garfield comic strip. What you may not know is he also penned a strip called U.S. Acres. Both came together in a cartoon with two segments: one dedicated to Garfield and the other to the farm animals of U.S. Acres.
WHY IT WAS AWESOME
Garfield, Garfield, Garfield. It’s so weird why kids love Garfield so much. He’s just a lazy cat who doesn’t really do a whole lot. But I watched the show for him.
In hindsight, I actually think the U.S. Acres side was funnier. There’s a hyper-phobic duck named Wade who wears one of those round flotation rings at all times because he’s scared of drowning. The ring has a little duck face on it that matches Wade’s expressions. Epic.
4. The Real Ghostbusters 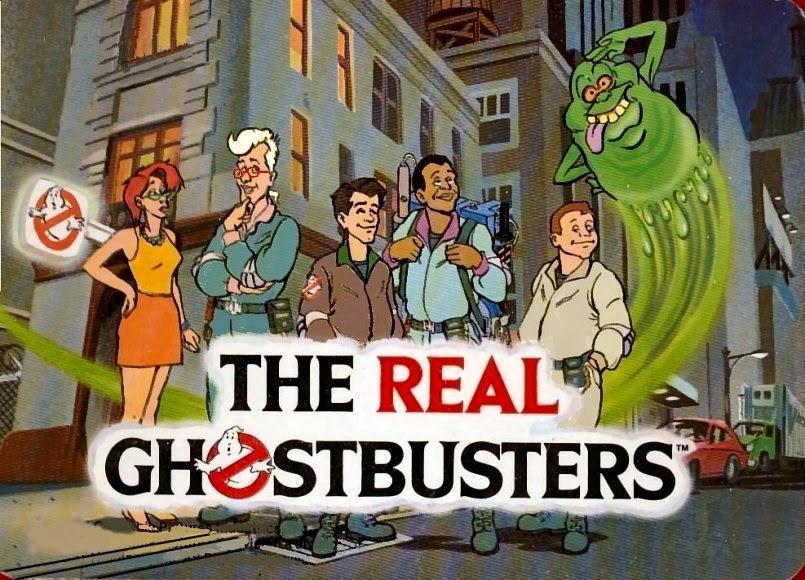 The Real Ghostbusters picks up right where the movie leaves off. Except the ghost who slimed Venkman in the movie became a huggable rascal.
WHY IT WAS AWESOME
Three reasons. First, Slimer was so awesome. What kid didn’t want a slimy green ghost for a friend? He even got his own spinoff show.
Second, the guy who voiced Peter Venkman also voiced Garfield (remember: Garfield, Garfield, Garfield).
Third, The Real Ghostbusters was the only cartoon that scared the bejeezus out of me. Now, you have to keep in mind, anything scared me – I had to peek through my fingers just to watch the “yep yep yep yep yep” creatures on Sesame Street. But there was one episode of The Real Ghostbusters that terrified me so bad, I ran to Mom and hid.
I may or may not have been 13 at the time.
5. Muppet Babies 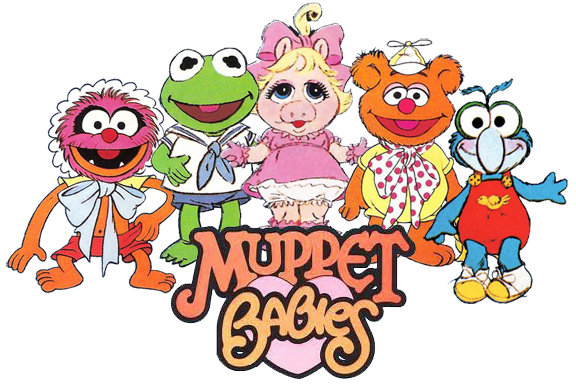 They make your dreams come true! At least that’s what the theme song said.
Henson took the Muppets, made them young, and threw them together in a nursery. They weren’t allowed to leave, so they crafted adventures using the power of imagination (message!).
WHY IT WAS AWESOME
The Muppet Babies were essentially imprisoned by a person named “Nanny” who never let them leave the nursery. Every episode takes place in that one room. (It’s no wonder they grew up all weird, having to go on “Capers” and stuff.)
So what did they do while in their kiddie concentration camp? They made their own fun and had a blast. It sure made me look for ways to entertain myself when I was grounded or bored in my room.
I do have to wonder, though: what’s the deal with Nanny? Was she their mom? If so, she was a total slut with really weird sexual tastes.
6. The Littles

They’re living with you don’t you know?
The Littles was about a kid who discovered a family of little people living in his home. Now, by little people, I don’t mean the folks from that Big World Little People show. Unfortunately, there were no midgets in this cartoon. No, these Littles were only a few inches tall. And they had all sorts of adventures.
WHY IT WAS AWESOME
The Littles basically took the idea of imaginary friends and brought them to life. Because of the show, I searched all the nooks and crannies of my house for tiny people. When I couldn’t find any, I invented them myself. Mine liked to wipe boogers on my big brother when he picked on me.
7. Tiny Toon Adventures 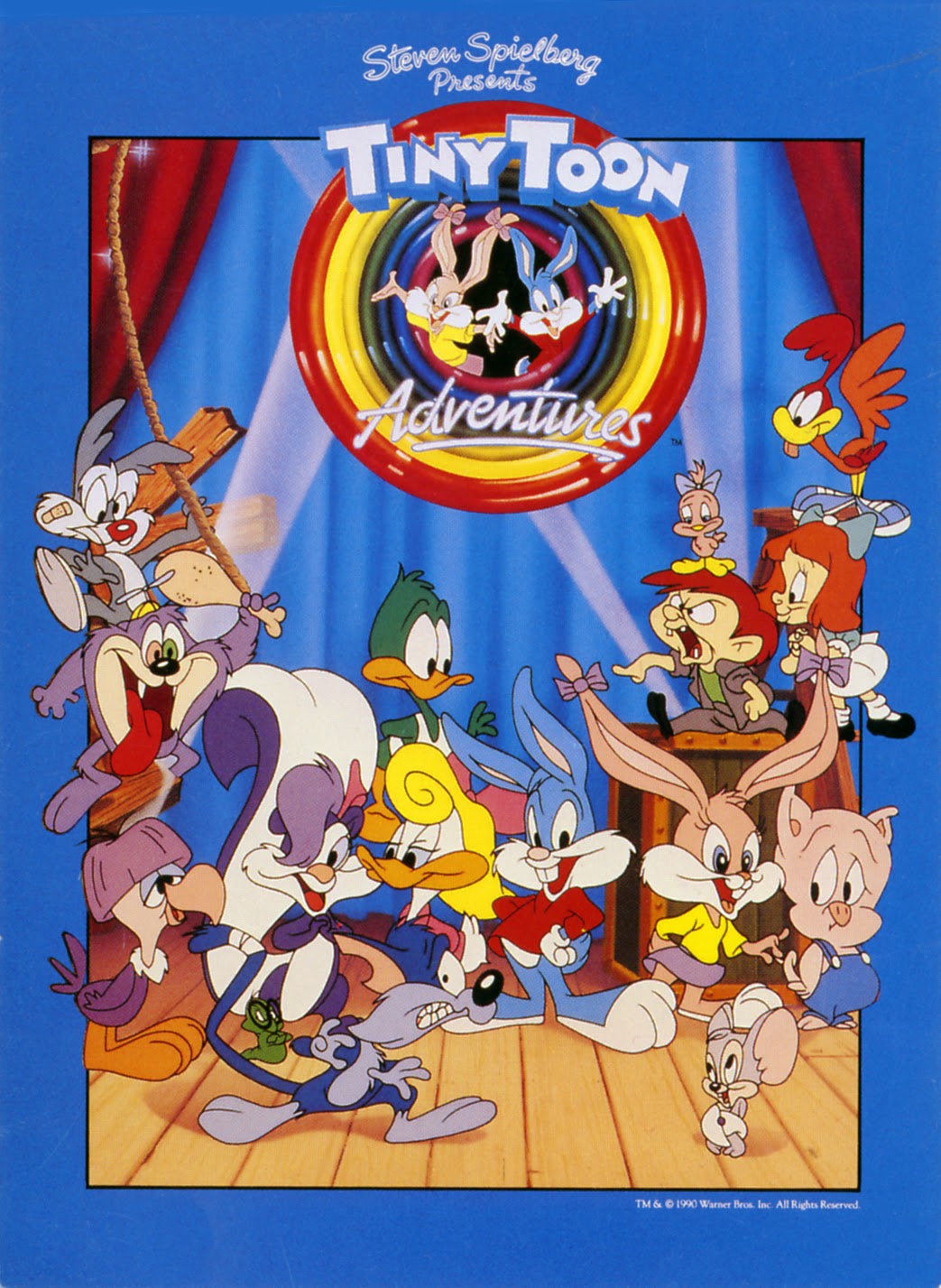 Back in the 80s, it was all the rage to take popular characters and make child versions. In Tiny Toon Adventures, all the awesome Looney Toon characters are kids finding their way through Acme University. As you’d expect, hilarity ensues.

WHY IT WAS AWESOME

One word: Elmyra. She was a little girl version of the guy from the old Looney Tunes who said, “I’m going to love you and pet you and call you George.” Elmyra was totally neurotic and relentless… but lovable and well meaning. There’s one particularly amazing episode where she babysat a little kid who knew she was a hot mess.