4 Differences Between Phoenix and Texas

Next week marks one year since we moved to Phoenix.

On one hand, I can’t believe it’s been that long. It feels like just yesterday I moved to Page. On the other hand, I’m surprised (and thrilled) I’ve learned so much about writing in just one year. I’ve also experience eighty zillion days over 100 degrees, so that’s fun!

To commemorate my year anniversary, I wanted to compare Phoenix with the places in Texas I’ve lived. While the two places share a lot in common (they both have an “e” in the name!), they also have some key differences:

In Phoenix, if it’s 80 degrees today, it’s going to be somewhere between 79 and 81 tomorrow. I know all you Texas people are shaking your heads in confusion, but I’m for reals. The weather here doesn’t fluctuate much from day to day. It’s easy to plan out your wardrobe cuz you just lay out the same tank top you wore the day before. When the seasons change, it’s gradual, so you’ll feel that heatwave coming on days in advance.

In Texas, well… I’ll just use these screenshots to make my point. This is a screen grab of Dallas vs. Phoenix on my weather app. I took them several weeks ago when Dallas was experiencing its mega cold front: 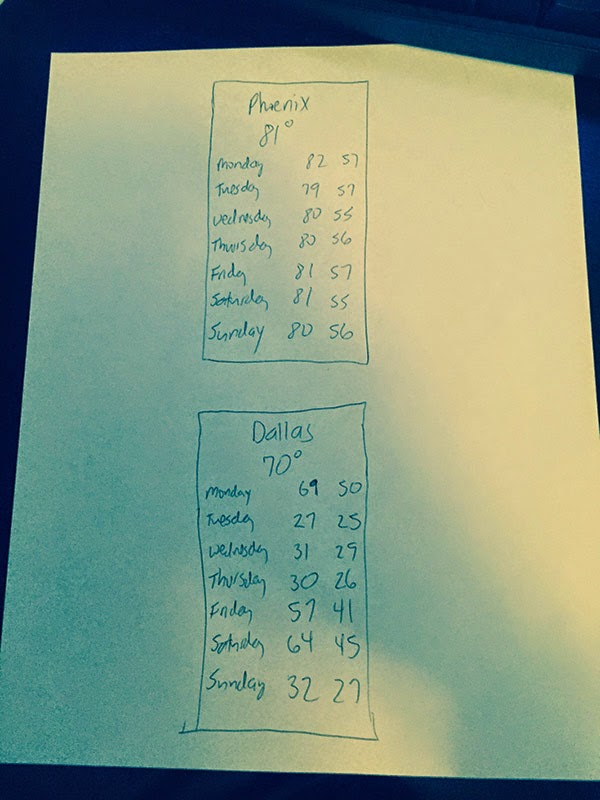 OK some of you may have noticed I just drew those pics. I forgot to take screen grabs. But those of you in Texas still nodded your head at the pic, because it was true! There have been days where I walked outside all day in shorts and then woke up the following morning, threw on a coat, hat, and gloves, and trudged through sleet.

Ohhhhh the snow birds. Because of the weather, a large number of retired people make their summer homes elsewhere and winter in Phoenix. During the winter, the number of elderly is astronomical. Seriously, it’s a sea of blue hair everywhere you go: 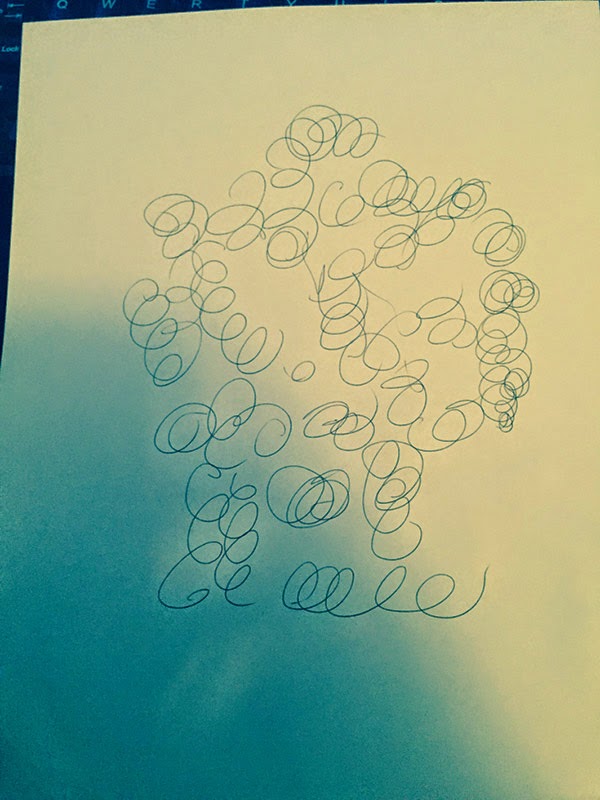 On one hand, I don’t care at all. In fact, the most brilliant members of my writers groups are all older than me.

But the extra care you have to spend while driving is definitely notable. There are waaaaay too many people out there who shouldn’t be behind a wheel. Not a week goes by that I’m not frantically jerking my car into another lane due to a snow bird moving over without looking, or jamming my brakes in a parking lot for a snow bird who hadn’t thought to peek at his/her rear view mirror.

Give Me My Service Roads

For all you uneducated Phoenicians, a service (or access) road is a street that follows every highway. You can drive on the access road all you want, and use it to enter the highway, or turn off onto various streets.

Why do I have to explain this? Because there are no service roads in Phoenix.

I’ve tried many times to take the service road down to a gas station or something, only to end up right back on the freeway. To me this is a faux pas in road design. I miss my service roads!

Phoenix and Dallas have something in common: most of the residents I’ve met aren’t locals; they’ve transplanted from somewhere else. This is different from Amarillo, where most people are born and raised in the Texas Panhandle.

For some reason, people don’t get attached to Phoenix. In fact, most people I talk to dislike the city’s culture.

Now, I’ve met plenty of people in Dallas and Amarillo who talk about wanting to move. But, on the flip side, I’ve also met people who plan on making their current city home, at least for a number of years. 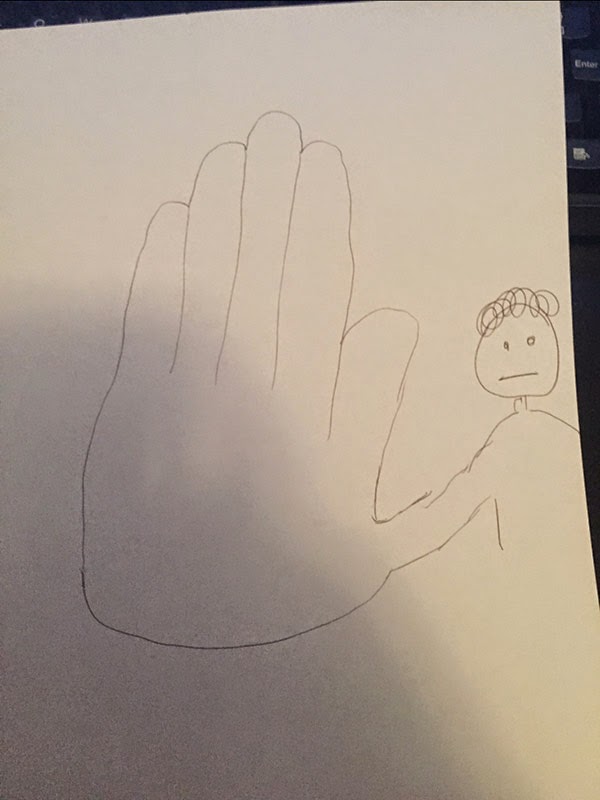 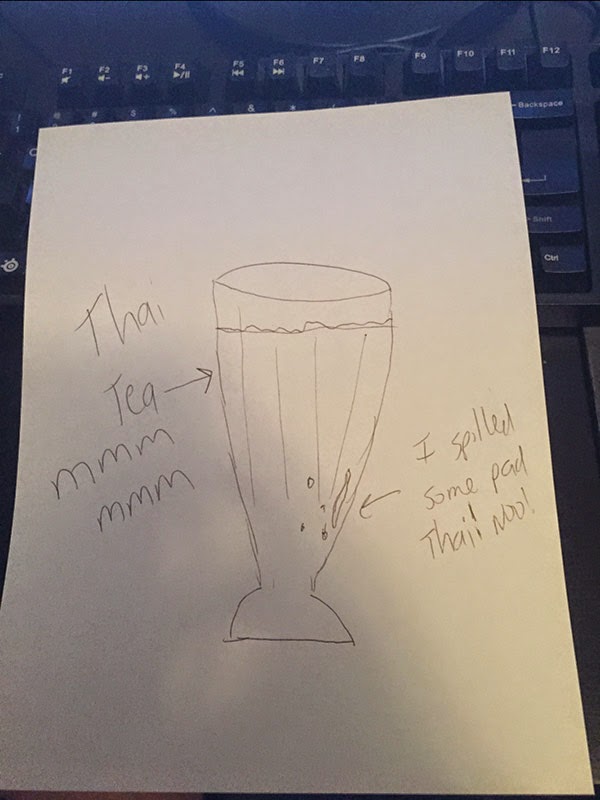 In Phoenix, I’ve found 3 in the entire West Valley. Boooooooooo!