I’ve recently been introduced to the joys of antique malls. Before now, I’d always thought of antique stores as places where amazing old furniture is sold…at overblown prices.

Antique malls are different: anyone can rent space at an antique mall and showcase their “goods”. And let me tell ya, people will try to sell *anything*.

To prove my point, I visited a large, popular antique mall nearby and will now share some priceless treasures I found (fun!!): 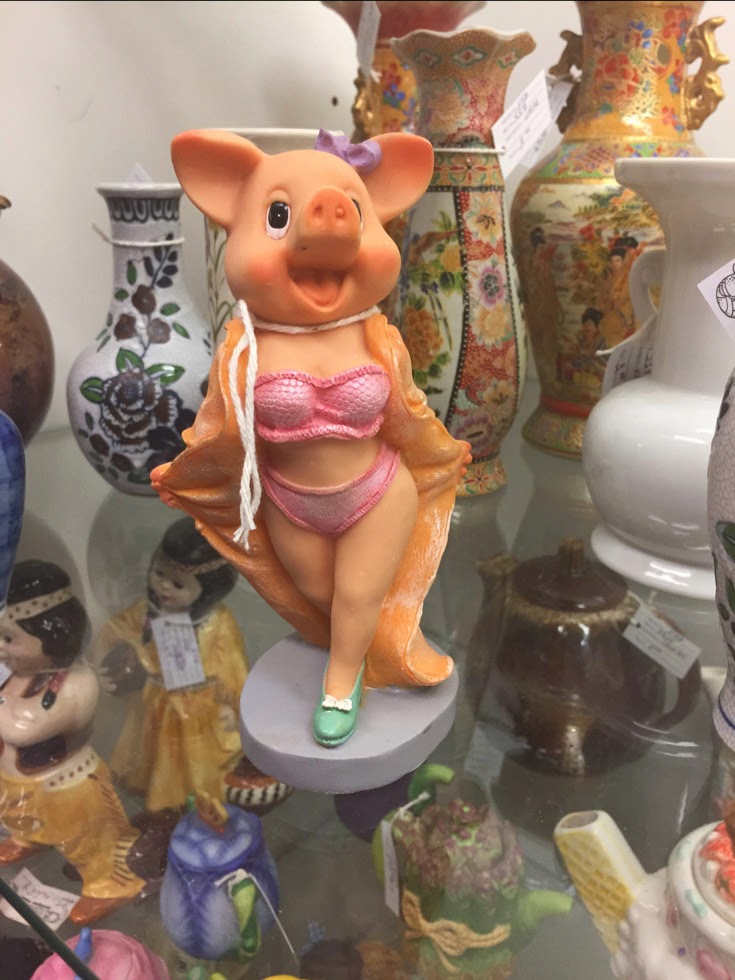 Every time I see this, I can’t help but start singing (in the tune of the Spiderman theme):

But what exactly would a stripper pig do? I guess it depends on the price… 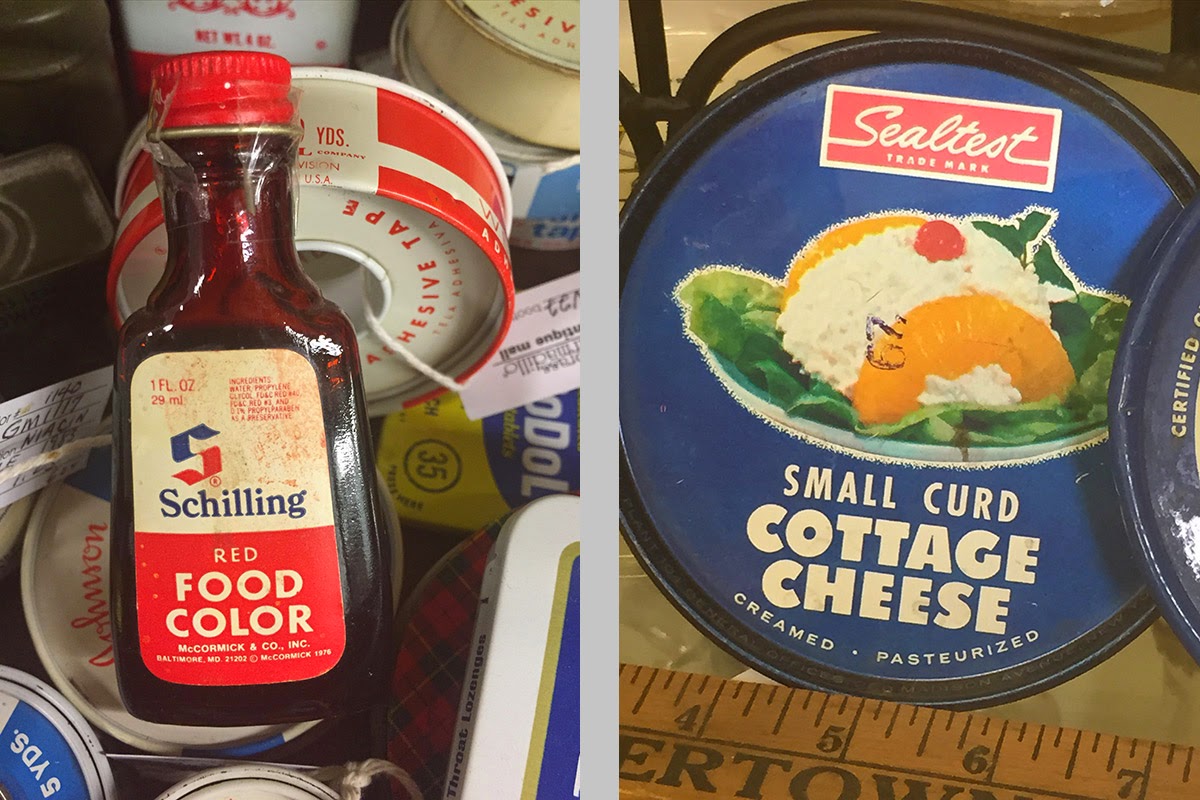 My grandmother used to mail us half-eaten boxes of cereal we’d immediately throw away. Now I know where they ended up.

Part of me gets the cottage cheese lid. I think it’s an old brand that doesn’t exist anymore. But the food coloring?? That’s the kind you still find in stores. Also, notice the lid has been taped on. So it’s not only used, but faulty and jury-rigged. 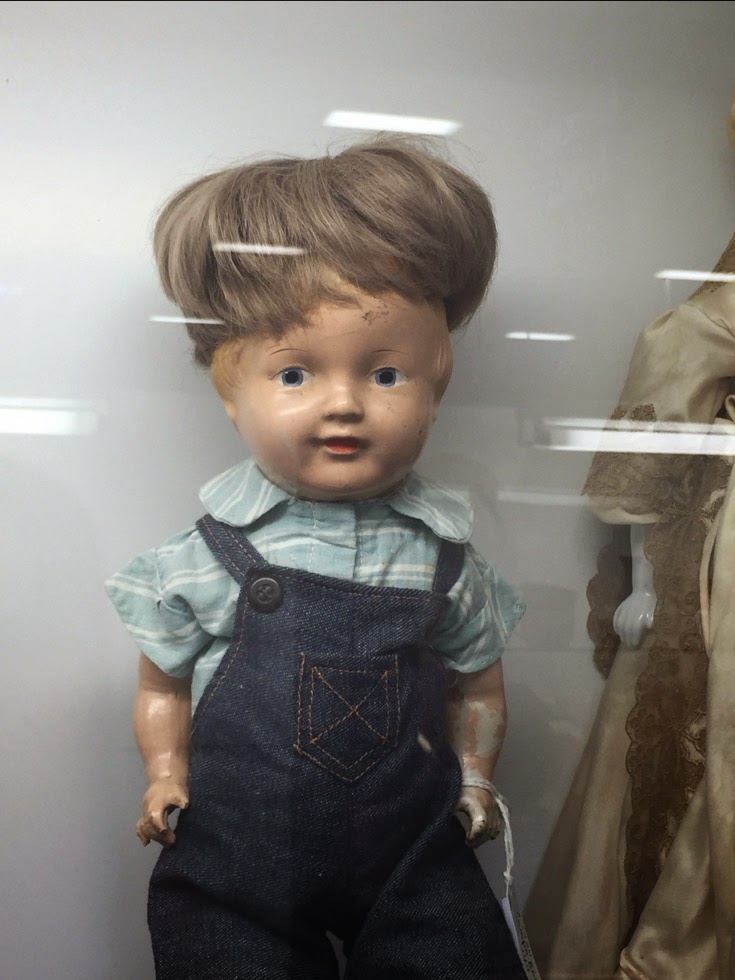 This picture cracks me up. It’s funny enough the doll is wearing a toupee. But, if you look closer, you can see he has perfectly normal blonde porcelain hair underneath the hairpiece.

I really hope the person who is selling this has an entire collection of dolls with toupees. Can you imagine? I’d pay to walk through that house. 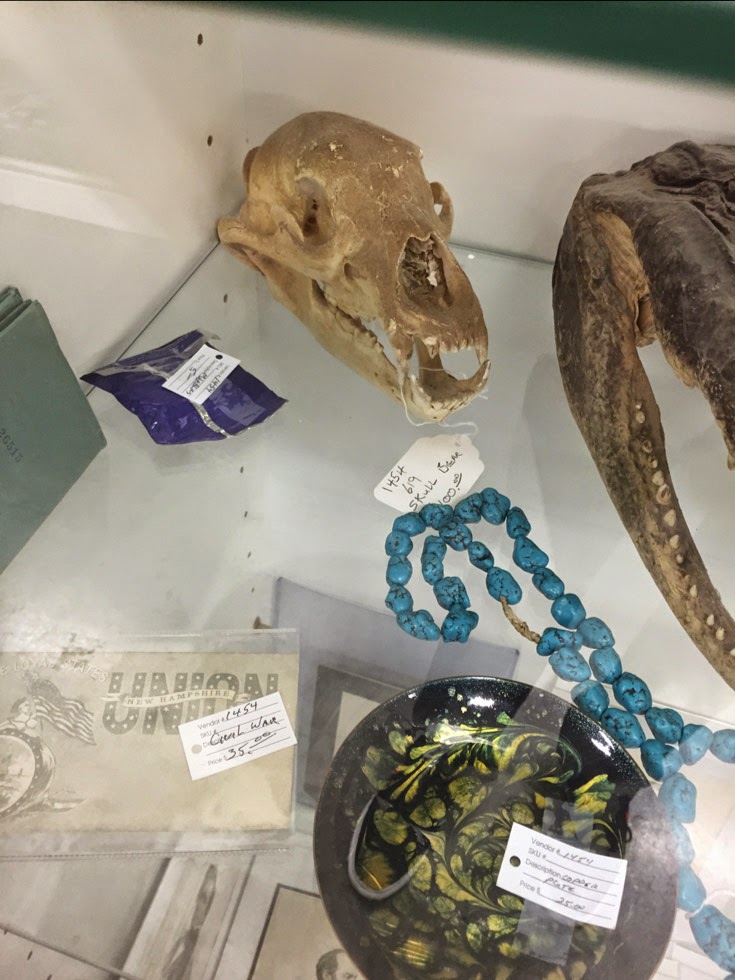 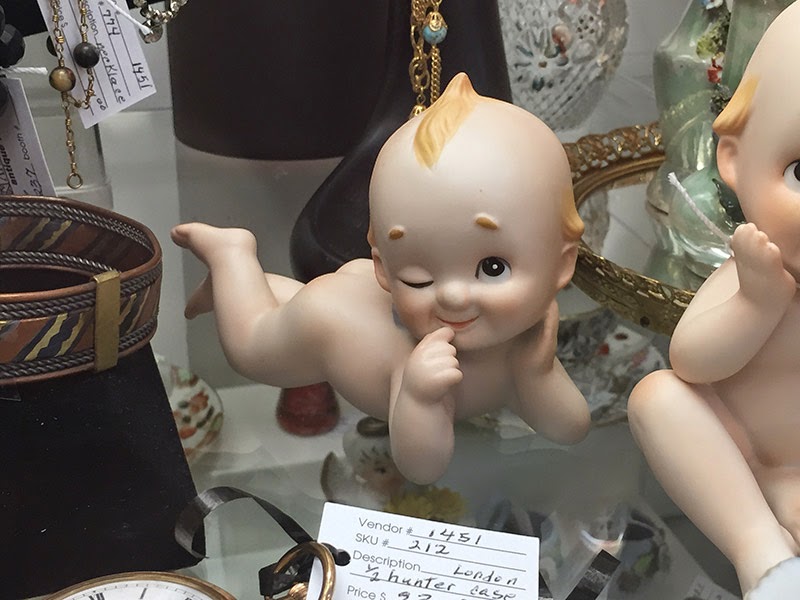 There’s an episode of SouthPark (“The Brown Noise”) where Mr. Garrison is furious because he was never molested as a child by his father.

This is how I picture Mr. Garrison, as a kid, with his dad. 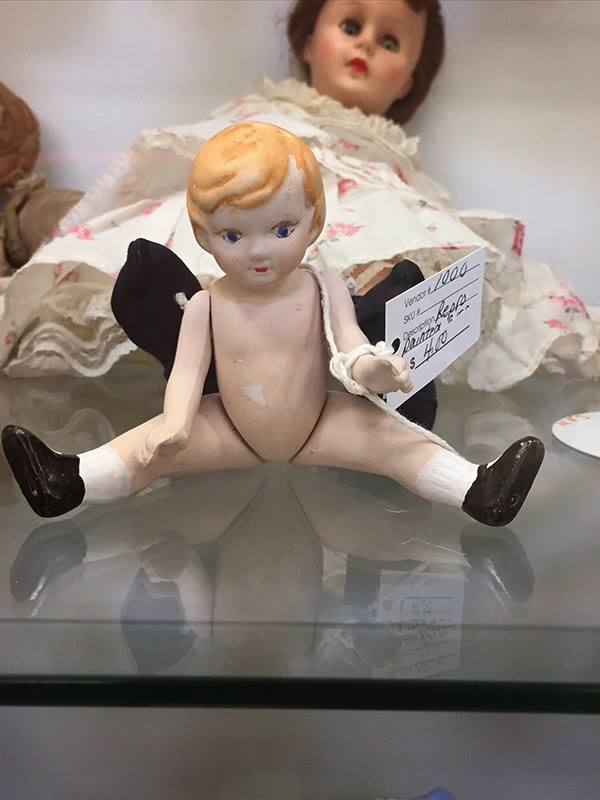 No, Franklin, No! Bad baby! If God meant for you to sit like that naked, where would he put you? That’s right: in a rent-by-the-hour motel room.

(NOTE: This doll was behind glass, so I didn’t re-position it… that’s how it was set out for display). 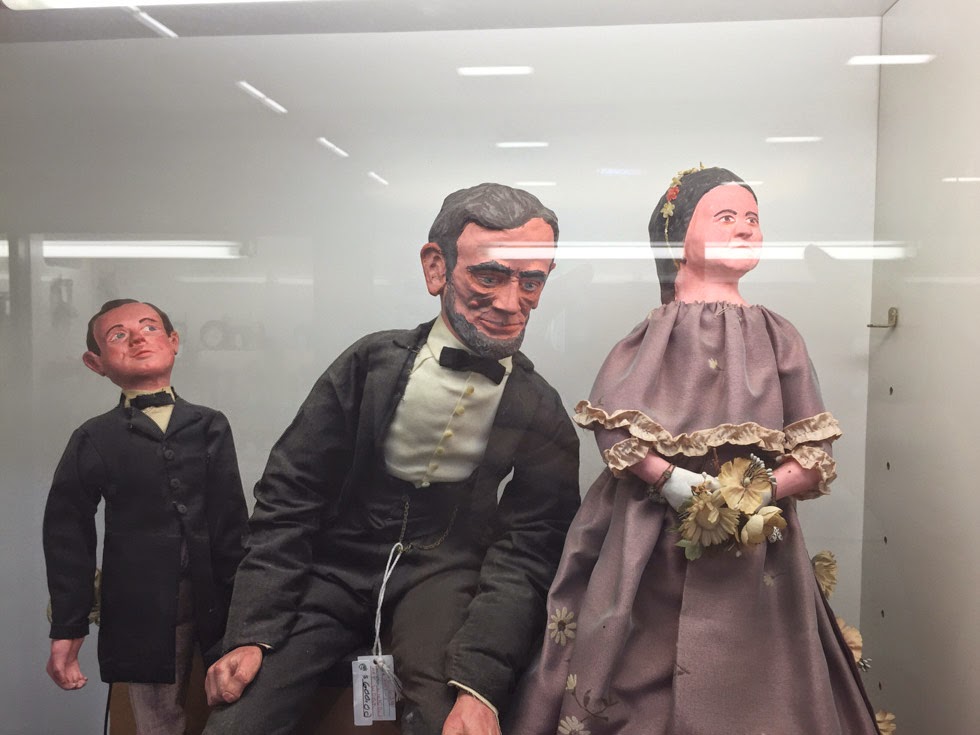 So there’s Abraham Lincoln and Mary Todd innocently enjoying themselves. Who’s that creeper leering behind them? Oh no! It’s John Wilkes Booth!

Someone actually recreated the  group out of paper mache. If you look closer, Lincoln looks like an emaciated zombie. Also, this little gem is $600. I’ll just let that sink in. 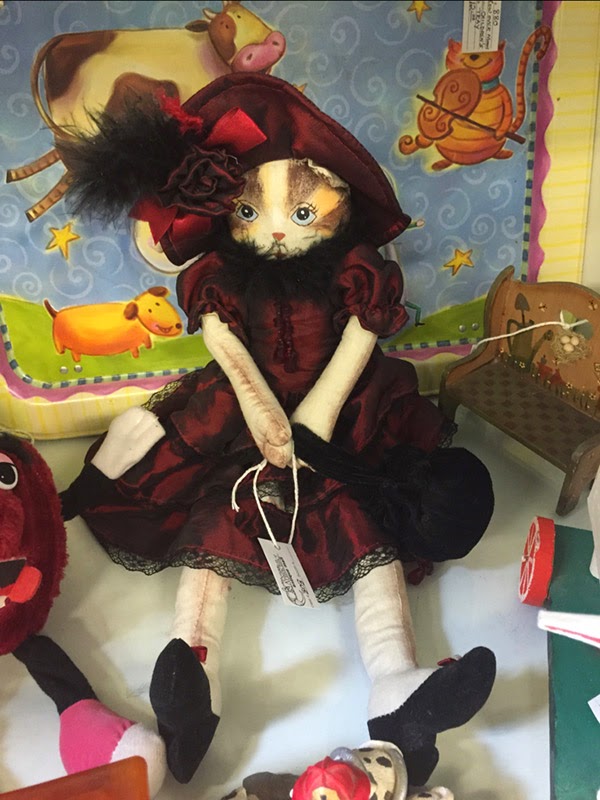 Several years back, I created a character named “Sophisticated Kitty”. I thought the idea of a sassy, spunky, cat dressed as a woman making her way in the world was an insanely silly idea. I always envisioned her having human appendages and wearing human clothes.

Apparently, someone read my mind. 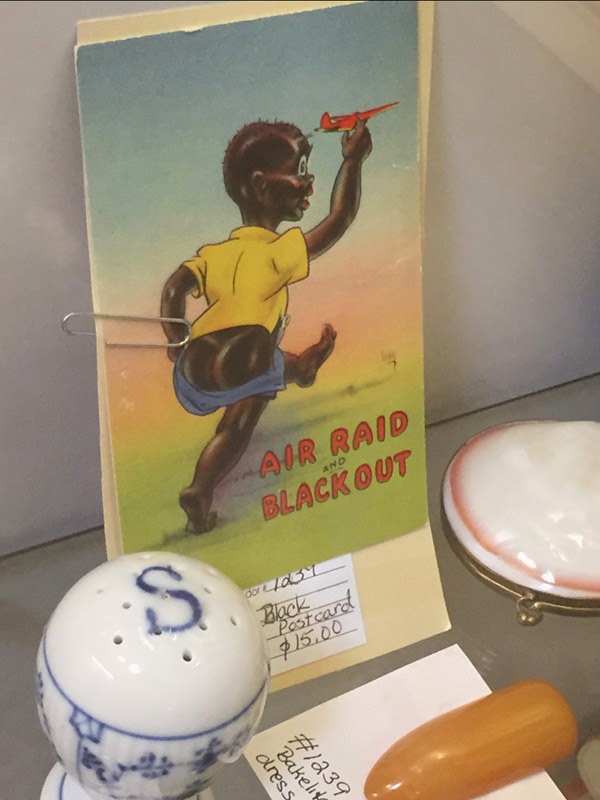 I don’t know what this is. There may be an old meaning I’m not getting, but I don’t understand why he’s half naked (what is up with all these half-naked kids in antique malls?) or what the poster means. In my “modern” eyes, this just looks kinda racist. Especially considering the employee wrote “Black Postcard” as the description…… 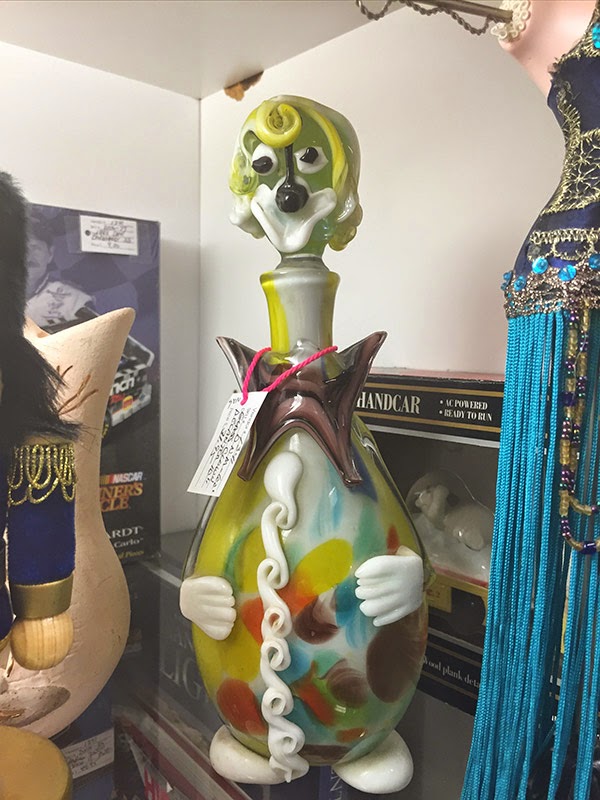 Seriously, what is this?

6 Steps to the Perfect Valentine’s Day

7 Weirdest Things I Found On My Recent Travels