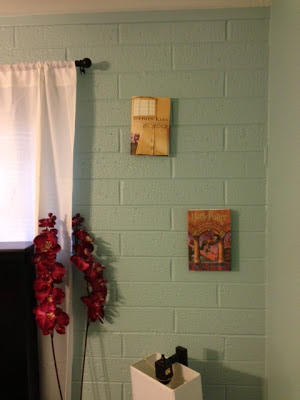 I think it’s pretty freaking cool! And I usually end up throwing the paper covers away anyway, so it was a great way to use trash. OK this idea might already exist on Pinterest or something, but we are still taking credit. And the patent is already being secured, so if you want to copy me, please send a check. Or some cookies. Without raisins.