Menu
Hi you!
Here’s my latest 5-pronged update:
Writing
OK so instead of posting progress on my books, I’m going to change things up a bit here and tell a writing-related story:
Last week, I talked briefly with an English teacher in town. He has the relevant degree, so a lot of his background involves grammar and writing. He’s never been published or anything, but he said he’s written numerous short stories and poems.
After that, he said that he has a great idea for a novel but can’t start writing just yet. Now, I’ve read tons and tons of articles on how people with jobs have no excuse for not writing. People with families and careers have published tons of books. Heck, most writers have to work other jobs to supplement their incomes. And so, I was ready for the “I’m too busy” excuse and prepared to counter him.

When I asked why he couldn’t start yet, he naturally said, “I can’t do it and teach at the same time?” Trying to bait him, I asked, “Why is that?”

What he said next was totally unexpected.
His response was this: “I won’t have time to teach because I’ll be getting published and going on book tours and dealing with movie rights and things like that.”
Here’s the thing: He was totally, completely serious.
!!!!!!!!!!!!!!!!!!!!!!!!!!?????????????????????????????
OK I’m really curious to hear people’s thoughts on this. On one hand, I totally respect his confidence. People with that kind of confidence sometimes push through until they succeed. On the other hand, it sounds soooo unrealistic, and he could be setting himself up for huge failure.

I admit my first thought when he said that was, “THE AUDACITY!” especially since I’ve received numerous rejections on my first novel. Since then, I’m not really sure what to think. Is that level of confidence good or bad?
Singing
Over the last week, I’ve done nothing but pack and move like crazy, so I don’t have any news on this front.
Enjoying the Area
I think this week’s edition of “Enjoying the Area” could be called “Wanting to scream and run away from the area.”
Last week, Chris arrived at our new house in Phoenix. If you remember last week’s post, Windy and I still hadn’t even seen the place, and Chris was already hauling a load of boxes. So he was basically moving into a house we haven’t seen yet. WHEEEE! Good times.
Anyway, he was set to arrive in the early afternoon, and was going to text us. So, right on cue, around 2:00, we got a message that read:
Just arrived, and I found us a friend.
Reading that, I smiled, thinking “Aww he found an old lady neighbor who’s going to bring cookies!” or “There’s a bunny in the yard!”
This was the next text he sent: 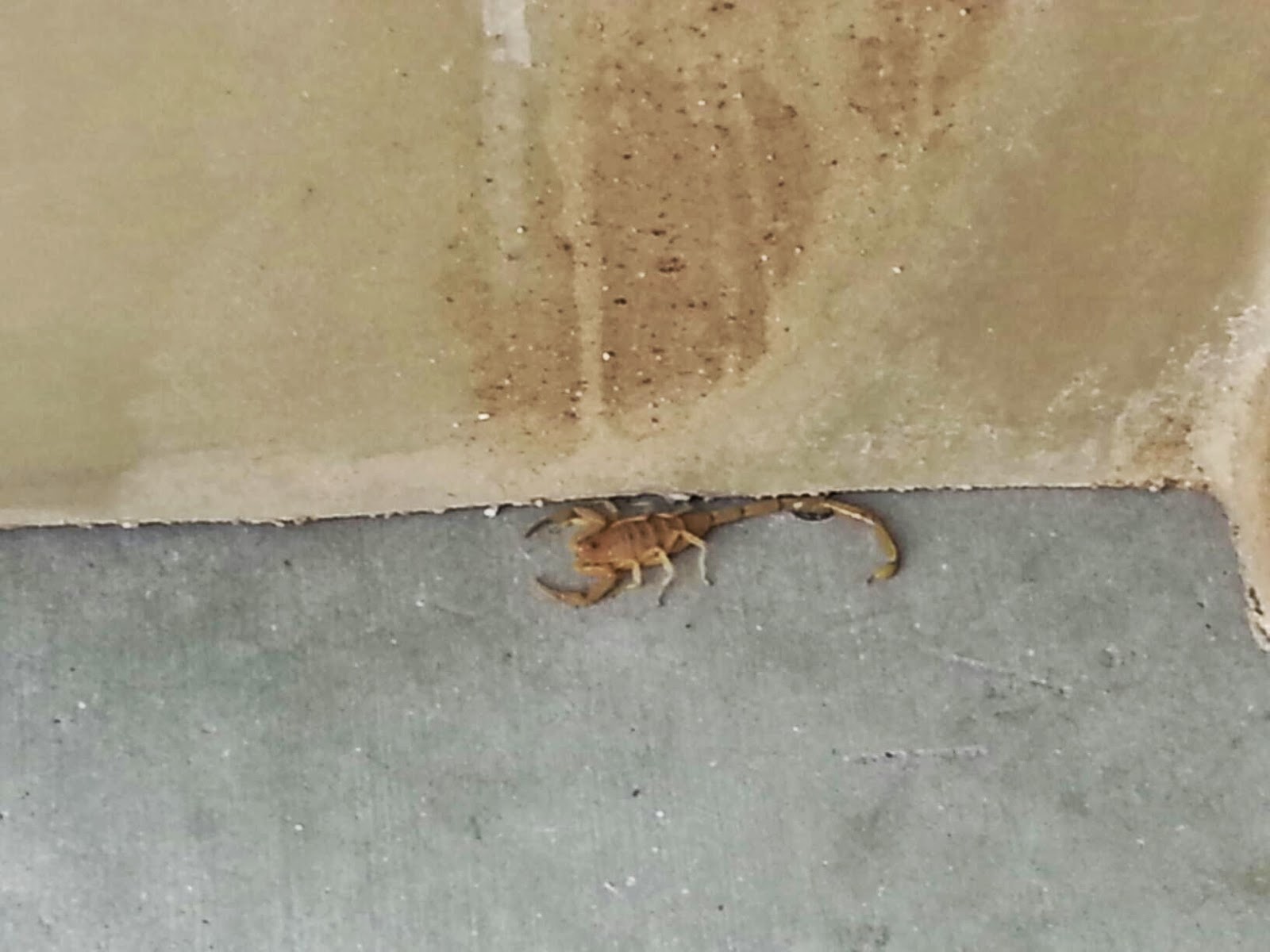 AAAAAAAHHHHHHHHHHHHHHHHHHHHH!!!! He said that it was in our garage!!!!!!
Those of you who know me well know of my fear of bugs. So you can guess how I reacted to that. I screamed when I realized what it was. Then I could barely touch the picture to e-mail it to myself. Seriously! I’d only touch part of the pic where there was no scorpion parts, LOL! Needless to say, my first venture in the house was interesting. The whole time, I tip-toed and scanned everything.
Oh well, as my friend Richard said: Welcome to the desert!
Random Insights or Stories
Yesterday was our last in the Page house: 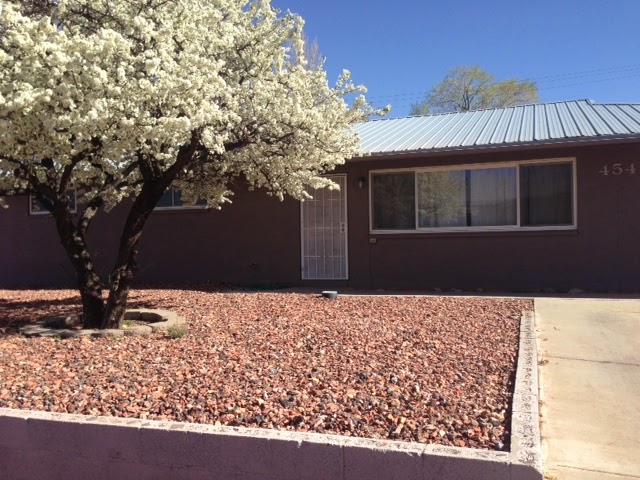 Although we were running around like crazy trying to get everything cleaned and moved, it was still sad. I really enjoyed my time at the house. I felt I’ve learned so much and grown a lot here. Heck, it was where the idea of the sabbatical was spawned! So I owe the house and the area a lot! Because of that, I’d like to share some of my favorite memories of the past year before moving on to the next:
1. Finishing the first draft of my first book. Although I knew I had a long way to go, the day I wrote the last page was HUGE. Me, Cody Wagner, had written an entire novel, all by myself! And I learned that I could do it and wanted to write more.

2. Seeing a member of the writers group fill her first spiral with her novel. Yep, one of our members (we are still meeting!) is actually almost done with her second spiral. That means she’s probably written a hundred or so pages… all because of writers group! She said she loves the group because she wouldn’t be writing without it. Because of her family and job and stuff, she said she just wouldn’t get around to it. I can’t tell you how happy that makes me. Being a part of something that gets someone productive is awesome.

3. Singing the national anthem at the Page Fall Festival. OK OK I know I wrote about how bad I butchered the song, but getting this opportunity was such a big deal for me. And it happened because I put myself out there. If I wasn’t up there singing at church every week, the head of the festival wouldn’t have seen me. And she wouldn’t have asked me to sing in front of hundreds of people. It just goes to show that putting yourself out there and working hard can pay off.

4. Playing video games with friends back in Dallas. I haven’t really talked about this much here, but I regularly played online games with my friends back home. I have to give a big shout-out to technology on this one (Yeah! Go technology! I owe you a Thank You card!). In any older day and age, keeping up with friends would have consisted of phone calls and letters. UGH. Thanks to Skype and games, we got to compete and yell at each other. It was a blast! And Windy can attest to that from how loud I was at times.
5. Time with family. There’s not one particular memory I can list here. But spending time with Chris and Windy has been a blast. Because of Windy’s health problems, I knew I wanted to spend more time with her. And I’m glad I picked this year to do it. It meant I got to be in the hospital with her (for 387473 months, LOL).
OMG there are soooo many more memories I need to list here! But I’m running out of room so I’m going to stop there. But rest assured, I’ll be building more memories in Phoenix. Bring it!
Short Stories
Last week, I shared the first chapter of my most recent book with everyone. I haven’t heard much so I’d love to receive some feedback. You can message me on Facebook or e-mail me if you have any questions or comments or anything. Thanks!