This past weekend, we decided to explore some of the trails in Phoenix. We weren’t sure what to think, but we at least wanted to give the area a try. Therefore, on Saturday, we loaded up the doggies and drove out to a set of hikes just southwest of town.

And by southwest of town, I mean the place was like 10 minutes from the house.

We live in the metroplex, so 10 minutes was not far. It wasn’t not far at all. Seriously, a Home Depot was like right down the street.

Naturally, I was really wary about the whole thing. I mean, after the amazing hikes in Page, an urban hike in the city felt downright lame. I expected it to be this very city-like trail – fenced-in and covered in concrete – with hundreds of ladies in expensive yoga pants huffing and puffing around. And, so I don’t sound sexist, I also expected men in custom jogging outfits to be examining their fitness wristbands the entire time.

Fortunately, it wasn’t any of that. In fact, if you’d dropped me off out without any knowledge of location, I would have thought it was like any other remote hike. The place seemed like your typical outdoor hiking area – the trails were all dirt and nothing was sectioned off, so you were free to wander around. And the area was really pretty, with hikes wandering around hills full of desert flowers, bushes, and saguaros: 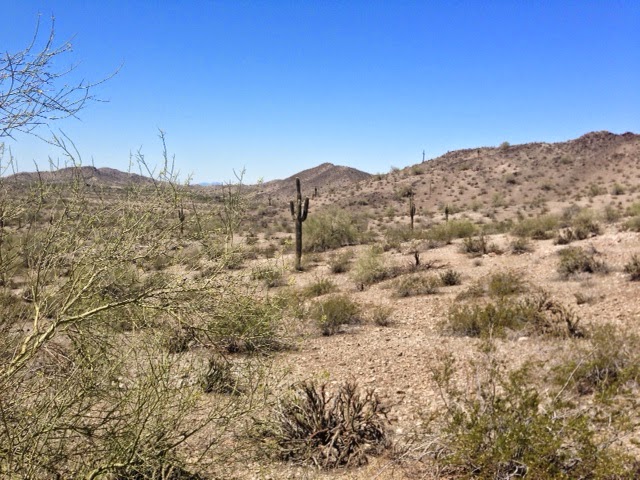 For any of you who don’t know what a saguaro is, it’s a giant cactus that’s pretty common around the Sonoran Desert, but rare everywhere else (as far as I know). They’re cool because they can get extremely tall: 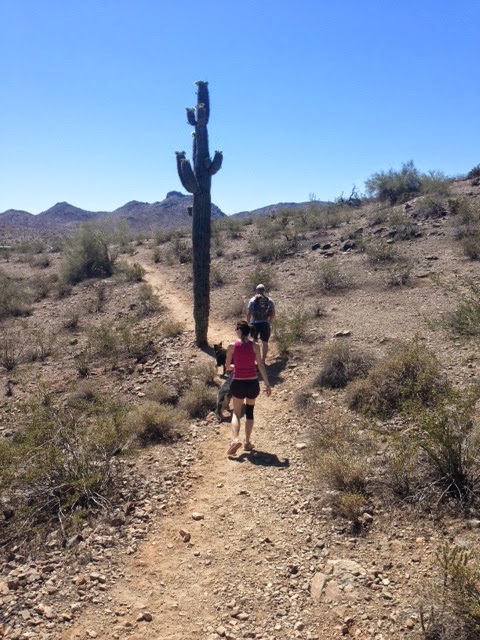 Unlike the hikes in Page, this one had several trails to choose from. We started with one called the Baseline trail, a basic 2.3 mile hike winding around a big hill. Here are the most memorable moments of the hike:

1. We found out that saguaros are really hella creepy! To be more specific, the insides of dead saguaros are really hella creepy! First, the guts are pretty much just wood. That’s creepy because it’s unexpected; it’s like a big tree inside! Second, without support from the live plant, the inside wood weeps and folds on the ground like an evil witch’s hair (or the really creepy thing from Alien): 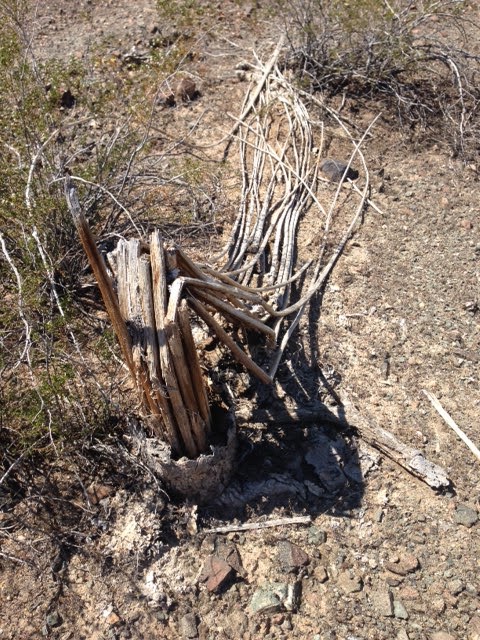 Tell me you don’t wince when you look at that!

2. We learned the dogs are seriously fat and out of shape. When I first moved to Page, we took the dogs out all the time. Consequently, they’d run around like crazy and never seemed to tire, even on the craziest hikes. Because of everything going on with Windy’s surgeries and the move, they haven’t been out in several months. And, OMG, did it ever show. Before we were even halfway done with the hike (just 1 mile in) the dogs were already flopping down in the shade every ten feet. At one point Windy even asked Chris if he should carry one of them the rest of the way, LOL! At that point, we still had a good half mile to go. Let me just say that, because they’re both large dogs, I was all for this experiment. I could just picture people walking by as Chris lugged a giant dog down a trail. I still can’t help but think of the scene in Emperor’s New Groove (great movie!!) where Emperor Kuzco dupes Pacha into carrying him to the palace.

3. We saw the most random signs in history. In random places around the hikes, someone posted signs for the type of vegetation in that vicinity. The thing was, not a single one was correct. It was hilarious, but sad for people who didn’t know any better. At one point, a sign popped up, saying, “Saguaro Cactus.” Ironically, that was the only area we didn’t see a single one.

Every. Single. Place that had a sign didn’t actually have that plant anywhere near it. I know this because Chris is a wildlife biologist person, and he was mad about it. Now that I think about it, I wonder if maybe some nerd botanists moved the signs around as a joke. I can just picture them, giggling, saying “They’re going to think these plants are Carnegiea gigantea when, in fact, they’re Megathymus yuccae.”