When most of you see this image, what comes to mind: 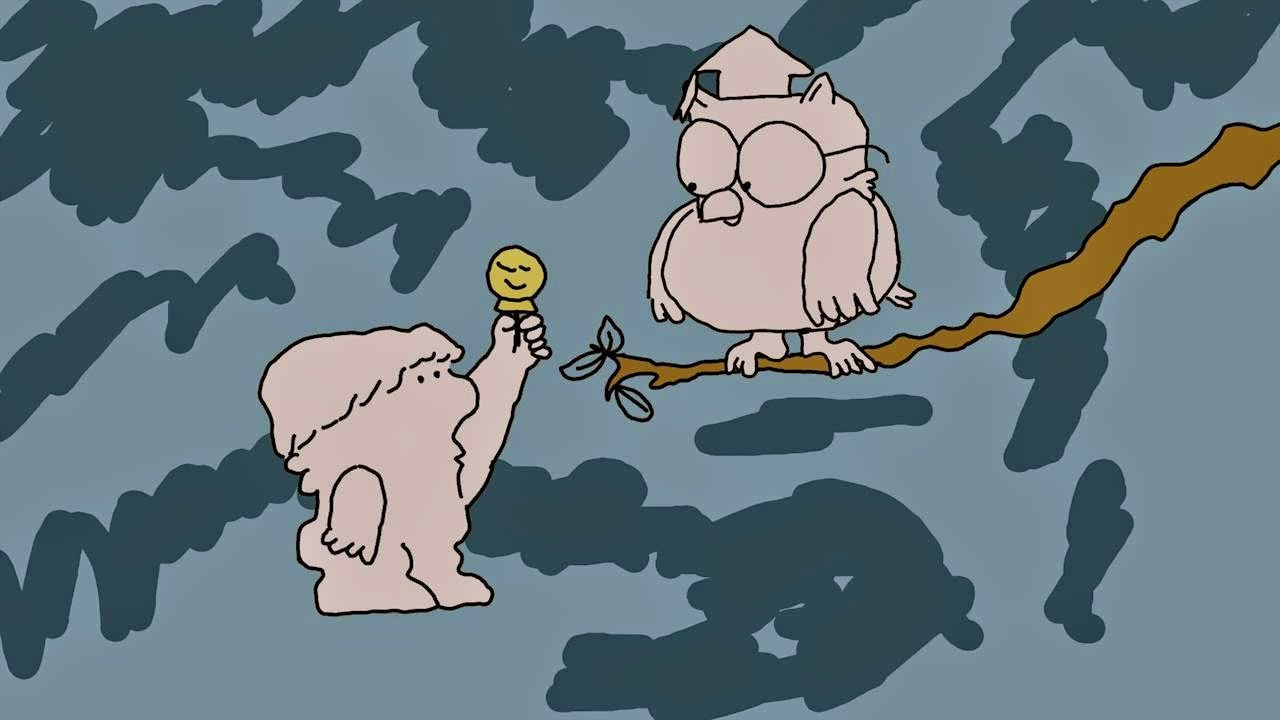 I’m guessing it has something to do with how many licks it takes to get to the Toosie Roll center of a Tootsie Pop. I’m a mind reader!
(NOTE: Some of you younger readers may be confused right now…I’m ignoring you…. Love, Cody.).

First Chapters are an Exercise in Repetition

The last few weeks, that saying has become a song stuck in my head. Why? Because I’m trying to figure out how many freaking attempts it takes to get a nice, juicy, satisfying first chapter. That’s why I haven’t written a blog post…The first chapter has taken every bit of my attention.

Yes, I’m still working on the first chapter of my book! Yes, it’s the book I started writing over a year ago! Yes, I want to jam a cocktail fork into my eye.

I’m really growing to despise the eighty zillion tons of weight that sit on your first chapter.

First chapters are hard enough as it is. I mean, for the remainder of the book, you get to ride the wave of the previous one. That makes them easier. The compass has already been pointed in the right direction-you just have to ride that momentum. With first chapters, there is no compass. Hell, there’s no weather vane. There’s not even a cute red barn with white eaves for the weather vane to rest on.

In the first chapter, you have to pull out the hammer and nails and level (and other tools I don’t know the names of) and build that barn. And the weather vane. And you have to point it where you want it to go.

OK that whole barn thing is a terrible analogy, LOL.

Anyway, all that stuff is tough enough, but there’s another critical component to the importance of the first chapter. In this day and age, with the Interwebs making it possible for anyone to publish, there’s always another book waiting in the wings. If your book doesn’t grab people right off the bat, they’re going to move on and see if another barn is more exciting. Dammit, I can’t avoid the barn thing!

Still, the fact remains, your first chapter has huge shoes to fill. In those first pages, you have to:

1. Ground the reader in a world/setting/environment. HOWEVER, you can’t just bombard them with back stories and descriptions of every character’s pimples, warts, and scoliosis. Older books could get away with it. Today, attention spans are shorter (because of the plethora – yes, I said plethora – of options).

2. Setup some conflict/tension to get your reader turning pages. HOWEVER, the reader has to be grounded enough in the scene to feel as if they can relate. AND the conflict has to tie in to the rest of the story.

3. Make the reader feel something. HOWEVER, nothing has happened before to help you do that. Given nothing at all, you have a few pages to spark an interest in the main character and his/her plight.

There’s no set recipe on how to do these things. For one particular book, you might need a dash of 1, a scoop of 2, and a tablespoon of 3. For another, the amounts could be completely different. And there are tons of other things to account for, like your tone and voice.


How much do they suck? Well, as the rest of my book nears completion, I’m rewriting the first chapter from scratch. Again.

Just to give you an idea, here are some iterations of my various first chapters:

Version 1
A teenager accidentally comes out of the closet.

The Problem
I didn’t give enough substance to make readers feel for the main character.

Rewrite 1
A teenager discusses his struggles in a small town before coming out.

The Problem
Too much back story, not enough action/conflict.

Rewrite 2
A teenager desperately tries to sneak gay books, gay TV shows, anything into his life. He has near misses before outing himself.

The Problem
Too much “gay” early on. People in my writers groups wanted me to get readers invested in the kid as a whole, not just his sexuality.

Rewrite 3
A teenager deals with bullies at his favorite restaurant and fails. Desperate, he forces a situation and comes out.

The Problem
While the conflict is at an all-time high, there needs to be at least a “hint” of gay early on. That comment was from my editor.

Rewrite 4
A teenager accidentally comes out. Through flash-backs, he re-lives the events leading up to it.

The Problem
Not “bold” enough. And the events aren’t tied directly to the plot.

Rewrite 5
This is where I’m at now.

Now don’t let the number 5 mislead you. While that may not seem like a lot, each rewrite has had countless edits. And there were tons and tons of minor rewrites buried in each major one. I’d say I’ve spent as much time on the first three chapters as on the rest of the book combined.

The good news is, I finished a new first chapter last week and the editor loved it. He said it sets the stage, creates conflict, and ties in to the rest of the story.

At this point, I want to say “YAY!” and have us all break open a bottle of champagne together. Y’all know me to well to know this is more accurate: break open the girliest drinks you can think of, with lots of fruit juices and flavored vodkas.

I can’t celebrate just yet, though. I’ve had too many instances where people LOVE the first chapter. Then, inexplicably, they later decide it doesn’t work. It could be because, upon hearing more, they feel it’s inconsistent. Sometimes plot holes hit them over time. Sometimes, it’s a Wednesday afternoon, which suddenly makes them hate my chapter.

Either way, there’s an update on my writing. Enjoy 🙂