(NOT) Enjoying the Area

OK I’m having some issues with the post office I never anticipated. It’s grown to consume my life. MY LIFE!! So I figured I’d share with with my blog readers. Misery loves company.

It all started several months ago when some mail I expected never arrived. At first, I thought it was being sent back to Page or something. I’ve moved enough to know that mail can be a little janky the first few months. I didn’t think much of it.

A couple weeks later, we got a knock at the door. The visitor was a lovely woman named Ms. Warner. It turns out she used to live here and had been delivered a lot of our mail. We’d received some of hers as well, so we did an exchange, thinking this was perfectly normal.

After going through the letters, though, we realized something. She wasn’t receiving “our” mail. She’d been delivered “my” mail.

Again, I shrugged it off, thinking that, over time, the change of address stuffs would kick in and the issue would straighten itself out.

A few weeks later Ms. Warner stopped by again with a bunch of my mail.

As we were going through my letters, Windy said, “Your last names are only one letter apart. Do you think the post office is confusing you with her?”

I froze as her words hit me. She had a point: Warner. Wagner. They’re just one letter apart. Of course, the logical side of me thought, Nah, the post office has been doing this a long time. Surely they have their stuff together enough to deal with this.

Still, the issue kept happening so, finally, I stopped by the local post office a couple months back, walked up to the counter, and explained my problem.

When I finished, the lady looked at me, confused, and said, “No, that shouldn’t be happening.”

I performed a nice double-take and said, “I assure, it is. I have Ms. Warner’s telephone number and can call her if you want.”

At that, the lady gave in and grabbed her manager. After a half hour or so, the manager pulled me aside. This is what she said:

“Sir, our systems parse mail by looking at the first letters of a person’s last name. Because yours is the same as Ms. Warner’s, it assumes you’re her and forwards your mail to her address.”

Holding back a giant sigh of frustration, I asked what she could do about it. She replied, “I’m going to leave a note.” At that, she grabbed a sticky note and a pen (!!!) and continued, “I’m telling the postal worker that ‘Wagner’ goes to your address.”

She proceeded to write this little note for the mailman. That was it.

Fast forward to yesterday. I still hadn’t received ANY of my important mail. I’d been expecting checks, government documents, insurance info… none of it arrived. I’d also reached out to Ms. Warner, who hadn’t receiving anything in awhile.

This morning I went back to the post office and explained my issue. The lady there told me that, at this point, my mail is still being sent to Ms. Warner. HOWEVER, now that her name is officially on her mailbox (which I guess can take awhile), any mail with “Wagner” is being returned to sender.

Let me reiterate that:

After hearing this, I said, “So what can you do to fix it?”

The woman replied, “I suggest you buy a separate PO Box.”

Instead of nasty words describing that employee, let me add some more exclamation marks:

Seriously, the woman suggested I pay for a PO Box because they can’t sort out their effing problem. I flat out refused, so she went and talked to her manager.

Upon returning, she grabbed a piece of paper, and WROTE A NOTE FOR THE POSTAL WORKERS.

Instead of exclamation marks, let me insert something else: 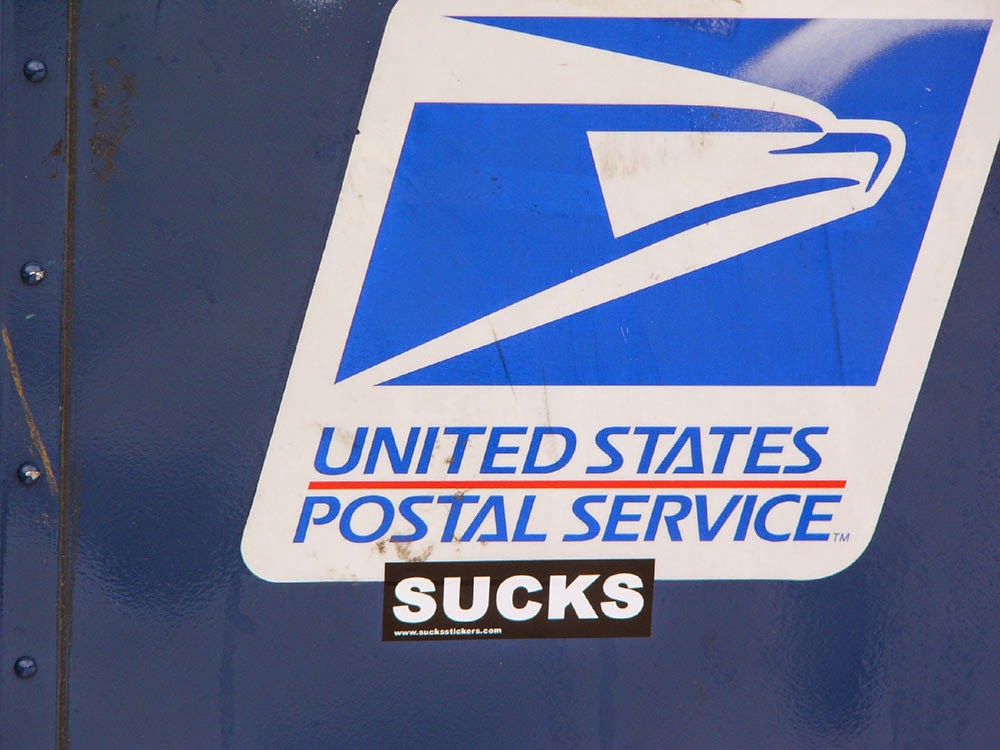 At this point, I don’t know what to do. If anyone has experience with anything like this and has a suggestion, please let me know. I’m sorely tempted to change my name. If my next post comes from “Mark Johnson” or “John Markson”, you’ll know what happened.