A couple months ago, I posted about interesting acts at an open mic. Since then, I’ve had the privilege to attend some more. 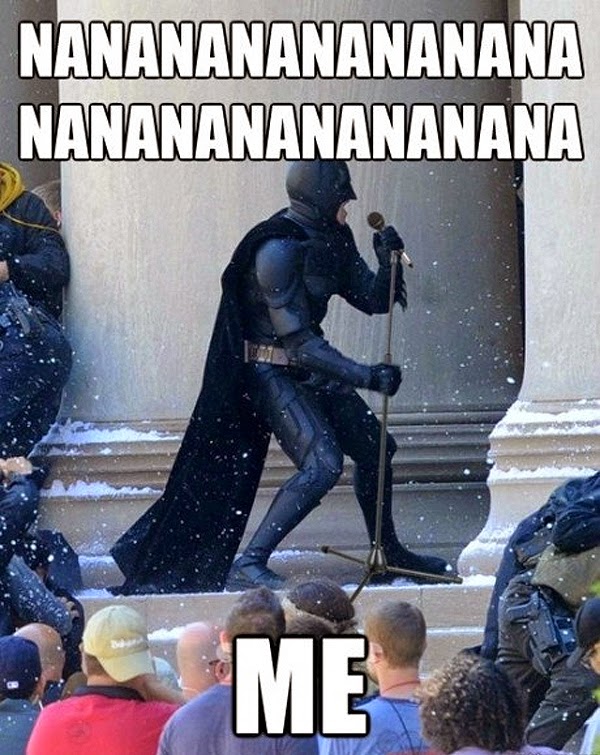 I’m telling you, if you haven’t attended an open mic, you simply must (said with a fancy British accent). You’ll see a little of everything: talent, insanity, egos, humility. Some acts touched me to the point of tears, while others were so painful, I had to cover my face with my hands.

Here are a few crazier moments:

One aspiring artist took the stage, announcing she’d perform one of her songs. She proceeded to play a recording of herself and sang along while an unknown woman recorded her.

OK let me just say that when the first line of a song is a grunt followed by the artist’s name, you know you’re in for a treat. Let me give you an example of what I mean. Consider these  lyrics:

From that alone, you know something “special” is coming.

The woman – or should I say girl – sang about sex to an audience full of nerds and children. At one point, she fell to the floor, spread her legs wide open, and rapped:

Awwwww yeah, and you know I’m open like an oven!

I about fell out of my chair. And it only got better.

Afterward, we were standing outside and she recognized us from the audience. Stopping, she asked how we liked her performance. We all looked at each other and I finally said, “That open like an oven line was amazing!”

She laughed, while the person who filmed her said, “Yeah, I’m her mother and I wasn’t crazy about that.”

2. Mary Had a Little Lamb

Toward the end of one open mic, the emcee realized we had some extra time. He invited any volunteers to come up and perform a final act.

A lady, about twenty-five, raised her hand and said, “Can I play a song?” She pointed to a piano that sat just behind the stage.

Everyone perked up and the emcee said, “We’d love that!”

Confident, the lady rose and sauntered to the piano. She sat down like an expert and faced the audience.

“For my first song, I’m going to play ‘Mary Had a Little Lamb’.”

There was some chuckling in the audience, as I’m sure people thought she was joking. I myself expected a fancy rendition.

The room fell silent and we watched her, waiting for magic. She hovered her hands over the keys. Then, lowering a single finger, she began plucking out Mary Had a Little  Lamb.

She was like a bad typist hunting for keys. After two notes, I realized she wasn’t even in the right key. She noticed too, because stopped.

“Hold on,” she said. She shifted her finger over a key and started again.

By this time, I’d pulled my hat down over my face because I was laughing so hard.

After several more attempts, the emcee got up and said, “Why don’t you go practice for a few months then come back and play for us.”

With that, he made his closing remarks. Or at least he tried to. In the middle of his statements, the girl said, “Can I play one more song?”

A really cool girl from my writers groups got up to read a poem this past Sunday. I was immediately excited, because she’s quite talented.

She skittered up to the front, cleared her throat, and said,

I snickered to myself thinking, Silent but deadly… heh heh… Naturally, I didn’t think that’s what the poem was really about.

She then proceeded to read about a guy who farted near her and his stench hit her like a wall.

If that doesn’t make you want to attend an open mic, I don’t know what will.

Random Musings of a Sick Person