Sometimes, you hear a gem so amazing and perfectly polished, you have to share it with the world.

This, my friends, is like the diamond thing Kate Winslet gets in Titanic. When I heard this story, I was floored. And so very happy. I had been struggling for a blog idea and the timing couldn’t have been more perfect:

(NOTE: For the sake of confidentiality, I won’t share the company/employees from where the story originates. But, trust me, this is 100% true.)

A few days ago, I was listening to an acquaintance talk about a bomb drill he/she participated in. He/She works for a fairly large company, so I expected the usual steps you hear about (and have probably practiced).

During a bomb scare at this special company, here’s what they’ve been instructed to do (again, I’m not making any of this up; the truth is just too delicious):

1. Receptionist Keeps Bomber on the Line

This is the first snowball in the avalanche. The bomber makes a call to the office’s front desk. An unsuspecting receptionist takes the call and is informed there’s a bomb somewhere on the office campus.

What is the receptionist to do? Well, according to company policy, his/her job is to keep the bomber on the line. Using all of his/her carefully trained bomb negotiating skills, he/she must find out as much as possible about the bomber. A goal is to get the attacker to tell where the bomb is hidden.

While the receptionist talks to the bomber, the other employees are to split up up and begin searching the campus. Their goal? Why, to find the bomb, of course. Apprently, all bombs are clearly marked and have a red digital timer on them. Therefore, anyone is qualified to locate the position of an explosive.

The employees are to look in the most common places: in closets, behind plants, and under stuff.

After an exhaustive, ten minute search, one lucky employee will find the bomb. Probably next to the mop bucket in a janitor’s closet. On success, he/she is to jump up, cup his/her hands around his/her mouth, and proudly announce, “I’ve found it!”

4. Employee Takes Bomb Back to Group

The bomb has been found! Thank God! Now that it’s been located, what should the employee do with it? Well, naturally, he/she should physically pick up the bomb and take it to the designated meeting place. 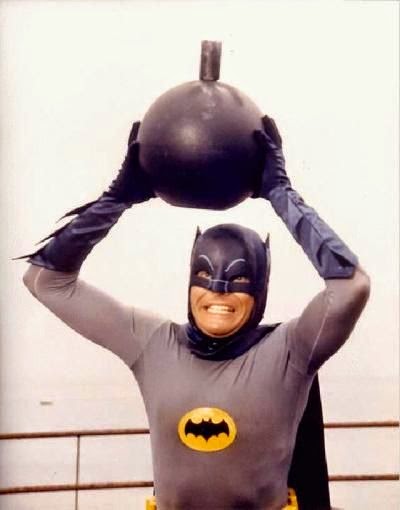 In the meantime, everyone else will regroup and wait for the bomb to be delivered, by the founding employee, to the entire team.

And that, dear readers, is how they handle a bomb threat.

What’s Wrong With This Picture?

Ohhhhhh, so many things. I have never claimed to be a master of common sense. In fact, people who know me think I’m pretty close to being mentally handicapped in that area.

But even I was staring, slack-jawed, at my acquaintance when he/she finished.

Then I had to butt in.

Anyone who knows me knows I LOVE to ask questions. And ask questions I did. Oh, I learned some glorious things:

1. No Police or Bomb Squad is Ever Involved

You may have noticed the complete omission of the police or bomb squad from the above procedure/steps. That wasn’t an oversight. The professionals play zero role during the company’s bomb scares. I asked my acquaintance about it, and he/she said that, at no time in the drill, were they instructed to call the police or anyone else. Nope, never are they directed to make “the call” to people who could, you know, actually decide if it’s safe to pick a bomb up off the floor. Or, you know, decide if it’s even a bomb in the first place.

At one point, my acquaintance said his/her coworker spouted, “If I find the bomb, I’m going to be a hero and jump on it.”

At first, I didn’t think much of it (there was too much else to be baffled about). However, I mentioned it to Chris later on and his immediate response was, “What? It’s not like a grenade where it’s going off in a few seconds. The timer could be set for any duration, even hours. What, is that person just going to lie on the bomb for hours waiting for it to go off?”

I died laughing when he said this. He’s so right. You could frantically dive on the bomb, only to sit there and wait for it to detonate…which it may never do.

Now, just in case you find yourself in a situation where you’ve thrown yourself on a bomb that’s taking its stupid sweet time to explode (selfish bomb), here are a list of ways to keep yourself occupied: 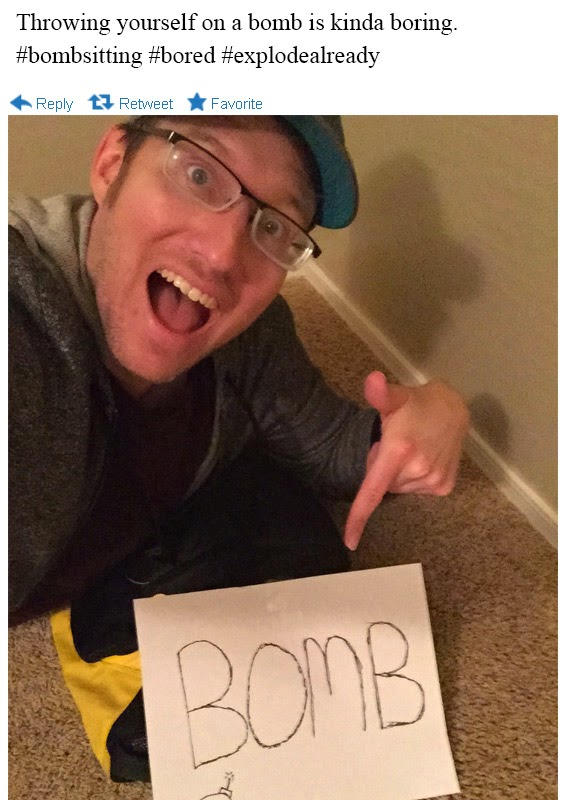 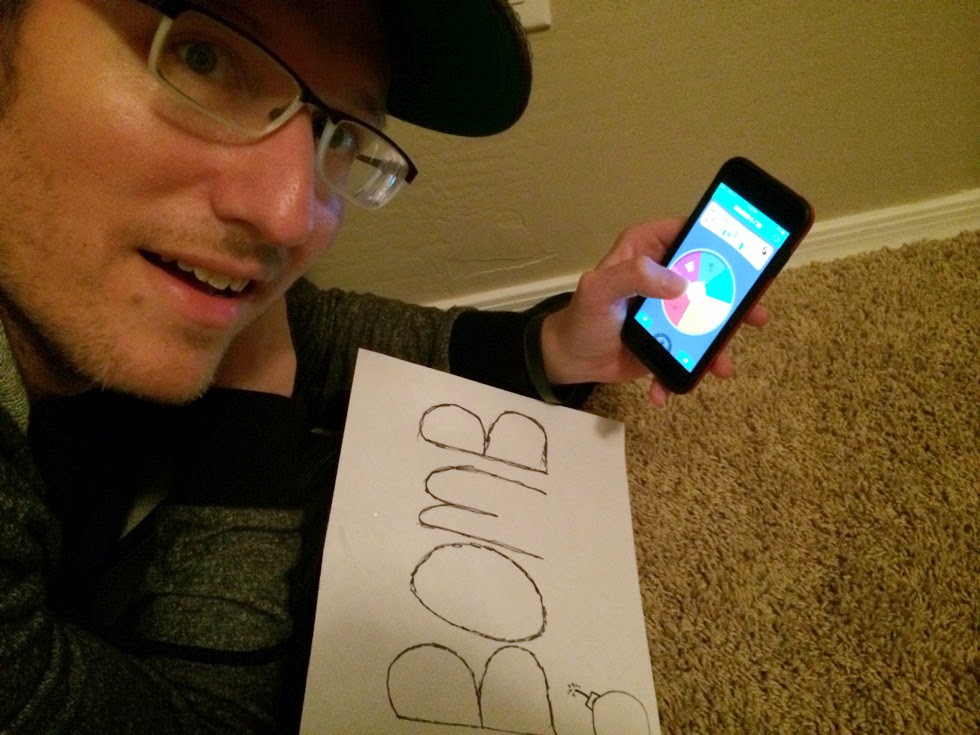 Nancy Drew Made Me Want to Write

5 Things You Learn When Living in a Hospital – Revisited