Over the past several months, I’ve started becoming more active in marketing myself. I’ve created Twitter spreadsheets (follow me @cfjwagner if you’d like), become diligent about my weekly blog posts, researched lots of best ways to write posts (and tweets), etc…

From all this, I’ve learned that marketing yourself is really freaking tough! I knew it would be hard, but it really takes a ton of work and even more patience. I think it’s tougher than the time I had to use a public bathroom and, although the row of stalls was empty, someone sat in the one right next to me. 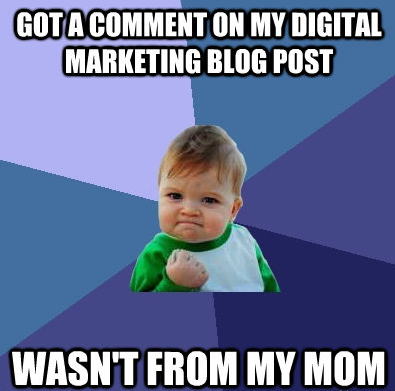 Although there are tons of reasons marketing yourself is difficult, here are 5 that currently jump out at me.

The Plethora of Options

There are sooooooo many different ways to market yourself. You can start a blog, send e-mail blasts, get active on Facebook/Twitter/Pinterest/Etc…, get involved with GoodReads and other “reading” sites, attend countless events and conferences, and the list goes on and on.

Now, this in and of itself is a good thing, right? It’s great to have so many different options.

The thing that’s tough is deciding exactly what works (and doesn’t work) for you. It’s impossible to do every single thing so you have to choose a handful. And, because of personal skills or timing or just plain luck, some things don’t pan out like others. The hard part is that, often, you won’t know what works until you try it. You’ll invest tons of time into tactics just to see if that Little Engine that Could might make it over the mountain.

When you have chosen some tools you like, you’re then faced with:

Tweaking Until it Hurts

Now twerking. Why? Because twerking never hurts. Although I’m not sure I’m doing it right. 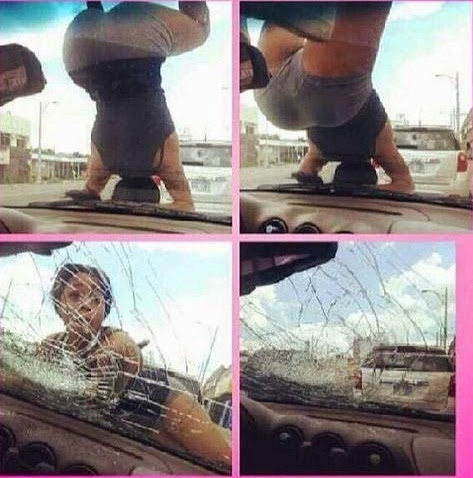 Even when you’ve found something that seems to work, you have to make tiny adjustments over and over and over. Sometimes, they arise as technology changes. And sometimes, you learn more efficient ways of doing things.

For example, hash tagging in Twitter is really important. With bazillions and bazillions of Tweets flooding in every second (you might think that’s an exaggeration, but it’s not!), hash tagging to find certain audiences is crucial. However, it’s not always clear which hash tags will be most effective. It takes time and tons of trial and error.

The Veronica Roths and JK Rowlings of the world are really rare. Those authors who write that first book that explodes all over the place don’t come along very often. It’s an ultra-rare combination of timing, talent, and luck that come together and merge into that Captain Planet of success.

Most of us are faced with putting ourselves out there and dealing with tons of failure and tiny little victories. We are forced to celebrate those teensy victories (like getting four Twitter followers this week compared to three last week, YEAH!) because that’s all we have. And, while any victory is a good thing, it gets hard when you don’t see success coming at you faster. You even start to question those tiny victories, wondering what you might be doing wrong.

And oftentimes, you do deal with:

Over the course of several months (while I was in an Omaha hospital), the viewership on my blog posts steadily increased.

At one point, I had a little celebration with myself, thinking I was finally on my way.

Then, for no apparent reason, visitors started dropping off again. I’m still not 100% sure why; I hadn’t changed anything. But the numbers were there, staring at me with pink eye.

That seems to be the case with self-marketing. You begin making progress, then setbacks occur. Some of them don’t even make sense. And they can be frustrating.

Still, you have to keep going, because:

Back in the beginning, I had a pipe dream that, once my blog posts were getting regular visitors, and I had X number of Twitter followers, that would be it. I could just sit back and let the success roll in. I figured that, once the boulder started careening downhill, it would keep going from its own momentum.

You have to be persistent and diligent and patient. Even when successes aren’t happening, you have to keep going.

So what does this all mean? Well, if everyone out there can pinch me when I begin losing hope or slacking, that would be great 🙂 Oh, and mojo is also appreciated too. And delicious Pad Thai. Thanks!