It’s been two years since I started my Sabbatical.

WOW! Let’s let it sink in for a second.

That is crazy to think about. It feels like just yesterday I was loading up the U-Haul and saying farewell to Dallas. But then I think about everything I’ve done since and…well… it’s quite a lot! Then it feels like fifty years. And I still look amazing (thanks Loreal moisturizer!).

Thinking back, 2013 and 2014 couldn’t have been more different. They’re like two distinct time periods, one with dinosaurs, one without.

I’ve been wondering, pretty much nonstop, about what 2015 holds for me. To get some answers, I think it helps to look back on the overarching theme of the past couple years:

When I left for Page, I knew things were going to change for me. I just didn’t realize how much. In addition to writing, I began working out and lost 25 pounds. Now, fitness is a huge part of my life. Because of the current move, I haven’t worked out in a week and I feel empty inside. I’m tempted to leave this post as-is to do some push-ups, YEAH!

I’ve also change my priorities. For one, I’ve been working really hard on caring less what people think of me. Fear of looking like a failure has pretty much ruled my life. It’s why I slaved so hard on things I didn’t necessarily care about. I was so scared of coming off as a loser that I lost sight of what was really important to me. I’ve been working on trying to change that.

Second, keeping #1 in mind (tee hee), I’ve been trying to get more invested in things I care about, while keeping up on my technical skills (as I think they can be soooo useful in so many scenarios).

While I’m a long way from accomplishing these sort of intangible goals, 2013 pretty much spawned everything.

Going into 2014, my goal was to get published. I had planned to write like crazy and submit my work everywhere in hopes of getting one piece accepted.

The move to Phoenix changed all that.

Page didn’t have a huge writing circle. In fact, I formed the only writing group… and I was a beginner myself. Phoenix, on the other hand, has tons of writers and groups. Therefore, I tasked myself with getting involved the instant I arrived in Phoenix.

True to my promise to me, I moved to Phoenix on a Wednesday and attended my very first meeting the following evening.

Then my writing life changed.

The groups made me realize that, while I had potential, my writing was full of flaws. I’ve spent the 9 months since then writing, rewriting, critiquing, and being critiqued.

The outcome? I’ve found a support group of writers and feel my skills have improved so much. I’ve looked over old drafts of the books. Man, it’s embarrassing how bad they are compared to what I have now. And I’m still learning!

I didn’t see it coming

The cool thing about the last 2 years is I didn’t know what each one held in advance. I had no idea how much I would change in 2013. And I certainly didn’t foresee the growth I’d experience in 2014. That wasn’t even my intended goal for the year. It’s only in hindsight that I realized how the years affected me.

First, this (just because it’s awesome): 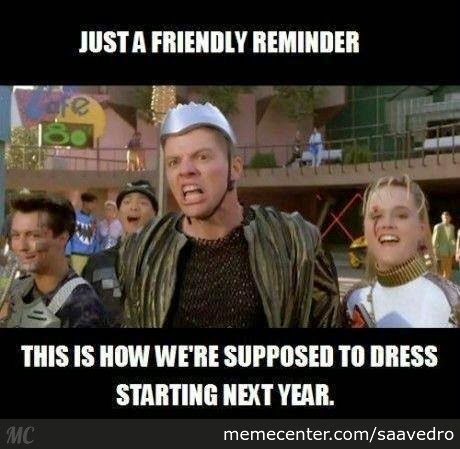 Next, I’ve decided I can’t put any expectations on the New Year. I can’t define it as the year of anything yet. All I can do is work as hard as possible and hope the kharma gods out there will bless me with something in return. I will continue to set goals for the next year. For instance, I want to get a piece of *fiction* published in 2015. It can be any piece, anywhere.

However, I’m going to let the year define me versus the opposite.

Is that the right thing to do?

Here’s to the future! Happy New Year everyone!

5 Reasons Marketing Yourself is Tough