In honor of April Fools, I wanted to think up something really weird. Ultimately, I was trying to come up with something believable but ultimately untrue.

However, as I was reminiscing, I realized that real life is indeed stranger than anything i could come up with. (For example, the bomb drill post I did a few weeks ago was 100% true. And 100000% amazing!)

And so, I started tying to think of some real life weirdness, something that you may or may not believe. Finally, an idea hit.

I love talking about OCD with my friends. It’s really fascinating the things the mind can come up with. Over the years, I’ve heard some really strange things people do because of varying levels of OCD. And I’m allowed to talk about it because I naturally have some odd habits of my own (joke immunity, yeah!). 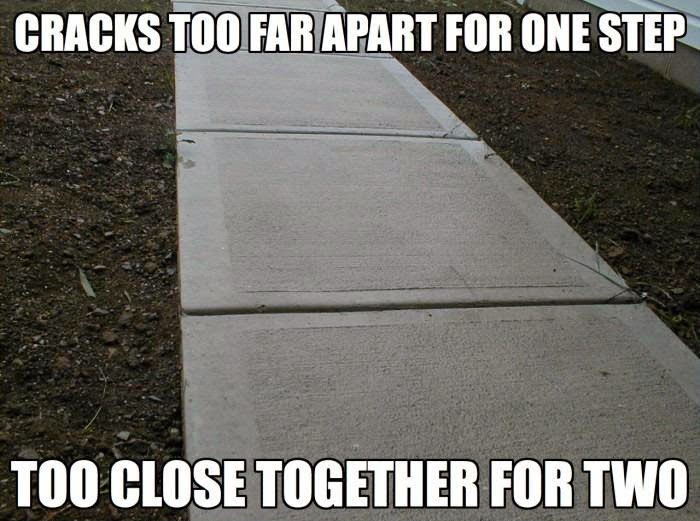 Therefore, I present to you: The 5 Craziest OCD Habits I’ve personally witnessed.

(NOTE: To honor April Fools, one of these is false. It’s up to you to determine which. For an added bonus, you can try to decide which one of these might be mine.)

This one’s actually fairly common. I’ll tell you right now, this is true. See, I’m a nice guy, helping you out in the April Fool’s contest 🙂

The evennness thing is exactly how it sounds: people who have this want things to be even. This especially relates to their bodies. So, for example, if one finger touches a chair, they immediately place the same finger on their other hand to the chair. If one finger presses the chair much harder, they press the same finger on the other hand harder.

This applies to many parts of the body, including flexing muscles (if they flex one pec, they have to flex the other), blinking, etc… I’ve actually known several people who had this.

I was chatting with a girl at my old job about how religious we were as kids. Being the son of a virgin, I was pretty darned devout. In response, the girl told me this story. She said that, when she saw pictures or statues of Jesus, Mary, or saints, she had to inhale until she couldn’t see them anymore. Then, she’d quickly turn her head so she could exhale.

If she ever messed this up, she was convinced God wouldn’t like her anymore. She said that she sometimes hyperventilated because she’d be inhaling and exhaling around pictures.

For evil things (pictures of demons, etc…) she had to do the opposite: exhale until she couldn’t see them.

I was sharing a beer with a guy I knew in Dallas when this one came to fruition. We were sitting there and he placed his hands on the table. Suddenly, they started moving around. I casually mentioned it and he sheepishly admitted this beauty:

Whenever both of his hands touched a surface, he had to play the first few measures of Fur  Elise. If he failed to, he believed a murderer would break into his house and kill his family.

4. Food Touching Each Other

A guy I played volleyball once told me that his food could NEVER touch each other. Ever. Even dry foods. So if his steak accidentally touched his mashed potatoes, he wouldn’t eat them. If corn touched his pork chop, he refused to eat.

He revealed that he rarely ate Mexican food because the food is typically served with beans and rice, and everything touches each other. It literally freaks him out.

A friend of mine in college shared this piece of awesomeness with me. He said he always kept too many Q-Tips in his house. Like waaaaay too many; packages and packages and packages. When I asked why, he said he was scared that, if he ran out of Q-Tips, the devil would come up through his floor and take him down to hell.

Which One is False?

It’s up to you to decide. Good luck!

In Honor of Insurgent: A Homemade Movie Trailer